In 2015, SPARTA became the world’s first data-sharing platform for offshore wind farms. Since then, valuable lessons have been learned by wind energy companies about how to optimise operational performance. Irenie Forshaw talks to data and digitalisation team leader at ORE Catapult Conaill Soraghan and manager for operational excellence at Equinor Mona Riis about the platform’s latest insights and plans for global expansion.

Five years ago, ORE Catapult and The Crown Estate launched the first anonymous benchmarking platform for offshore wind farms, SPARTA (system performance, availability and reliability trend analysis). It was no easy task. For the system to work, all of the UK’s offshore wind farm owners would need to be persuaded to share their sensitive operational data.

“Nothing like this had ever existed in the onshore or offshore wind sector,” explains data and digitalisation team leader at ORE Catapult Conaill Soraghan. “To go to people that run wind farms and say, ‘Why don’t you just give us all your data and we’ll aggregate it and share it widely’; immediately you think people would say, ‘No chance, that’s too sensitive’.”

Despite this daunting prospect, ORE Catapult managed to assemble the key players in London to discuss the idea. Even at this early meeting, Soraghan recalls, “You could see we had the right people in the room.” This is something he partly attributes to the business clout brought by the project’s co-sponsor, The Crown Estate, responsible for managing an extensive portfolio of UK buildings and land holdings.

In order to entice the operators and demonstrate the platform’s value, participation in the first year of the project was free. By the time SPARTA went live on 1 July 2015, every UK offshore wind farm owner and operator had signed up.

For Soraghan and his colleagues, who designed and built the tool, the goal was simple: to increase production and reduce failure rates at offshore wind farms across the UK. “We had identified that people really wanted to understand how other farms were performing, but nobody wanted to give away their own KPIs [key performance indicators],” he says. “To this day, our mission statement is providing a tool that can solve this problem by providing anonymous benchmarking.”

This guarantee of anonymity was essential for bringing the operators on board. According to Soraghan, there is an industry-wide reluctance to share information about transfers, production and failure rates, as a picture quickly starts to emerge about how much it costs to run the site and the amount of money being made. The people in charge, he says, understandably don’t want to give these crucial components of their business strategy away.

Once they had succeeded in bringing the industry together, the next stage was working out how to turn SPARTA into a user-friendly platform. Defining which performance metrics to use was a major challenge, as every operator had different definitions of availability. The painstaking process of sitting with each wind farm owner to come up with standardised meanings began. “Now we’ve passed that point, it’s one of the big advantages of SPARTA,” says Soraghan. “We’ve got all of these excellent KPIs that have been agreed across all the major owners and operators.”

ORE Catapult is engaged in the ongoing task of ensuring that everyone follows the correct definitions. The resulting benchmark will only be meaningful, cautions Soraghan, if there is an “apples for apples comparison between each farm”.

Every month, participants upload the predetermined KPIs, which are aggregated by SPARTA to make the benchmarks. In turn, reports are generated about the entire population of wind farms that can be accessed online. “It’s a very professional piece of software,” says Soraghan. “There’s no sharing of spreadsheets or anything. The system does all of the number crunching and automatically generates the outputs on a monthly basis.”

From strength to strength

Feedback from the wind farm owners and operators has been encouraging. After the pilot year, SPARTA became a subscription model. Five years later, all nine owner-operators have committed to the programme, which covers 60% of all UK offshore wind power generation. Although some operators have chosen not to enter their entire fleet, all are participating to varying degrees. Soraghan often asks users why they keep coming back. Three answers crop up time and again: the ability to compare performance with the larger population; set smart performance targets based on real operations; and demonstrate over-performance to owners and investors. As well as comparing like-for- like operational data, SPARTA also allows its users to explore the unknown. “You might look at the population of wind farms that are much older than yours, and get a feel for how your wind farm is going to age,” explains Soraghan. “Users are able to find out how the ageing of these assets will impact performance in terms of availability, failure rates and downtime.”

The platform has come a long way since its inception, and significant lessons have been learned. To begin with, it has demonstrated that anonymous benchmarking is valuable, not just for senior level managers comparing their fleet with the rest of the industry, but also for specific cases, helping owners to understand why a single component at a particular site is struggling. Soraghan emphasises that before SPARTA, wind farm owners and operators had no way of knowing what the failure rates were.

“Our mission statement is providing a tool that can solve this problem by providing anonymous benchmarking.”
Conaill Soraghan

Now, companies look to the benchmarks as a trusted, reliable source of information. “It’s fuelling evidence-based discussions with the supply chain,” he says. “Wind energy businesses can talk to their suppliers if the liability is not good enough, and highlight areas that are in need of innovation.”

Every quarter, a SPARTA Industry Steering Group meeting takes place, attended by representatives of each member company. In 2018, Mona Riis, manager for operational excellence at Equinor, was appointed co-chair.

“Not long after I arrived, there was an election and I was picked for the role,” she recalls. “Being from a company the size of Equinor with its history of benchmarking, I’m very interested in focusing on improving SPARTA.”

Riis is passionate about the positive contribution benchmarking can make on a daily basis, having seen the first-hand benefits it can bring during her time working in the oil and gas industry. “You never know how you’re really performing until you start comparing with others,” she says. “You could be perfect internally, with 98% availability thinking, ‘Wow, this is great’. It’s almost like you don’t need to try and improve because how could you get any better? Then you get on to SPARTA and you are number seven of 16. It makes you rethink.”

During the steering meetings, members come up with ideas for new metrics and discuss what enhancements they would like to see. Deep dives for specific problems are carried out and failures of the platform are discussed. For Riis, the honest, collaborative nature of this work is invaluable. Every year, a report is made publicly available, outlining the lessons learned. As the platform celebrates its fifth anniversary, the data collected is starting to reveal longer-term patterns. There has been an upward trend in the production-based availability (PBA) of the wind farms in the programme, suggesting that as they mature, they are getting more energy from the wind resources available. The extent to which this can be attributed to SPARTA is open to debate, but, Soraghan says, “We like to think that we are supporting continuous improvements.”

It has been possible to split the wind farms by location. Interestingly, one of the deep dives found that, while the rough weather conditions on the west coast result in slightly lower availability due to access limitations and the number of days called off work, the capacity factor is higher due to increased wind speeds. If west coast farms could find a way to raise their PBA value to match that of the east, there is the potential they could produce a greater amount of power.

“There’s this sort of prize waiting out to the west that is yet to be capitalised on as there’s currently a lot more farms on the east coast,” explains Soraghan. “If you look at the plans for the next 20 years, it’s all east coast developments. It feels like there really needs to be innovation around unlocking the capability on the west coast.”

SPARTA’s latest public report also shared the results of an investigation into how maintenance is provided, comparing sites where the maintenance is performed by the original equipment manufacturer with self-performing wind farms where it is carried out by the owner or subcontractor. “There’s this trend that shows the farms that do things themselves, and have a real incentive to get as much production as possible, are achieving better results. Whereas those that are run by turbine manufacturers typically hit their targets and don’t do much more than that,” says Soraghan. “People have understood that for a long time, but now we’ve got public evidence to give the business case to move towards self-performance.”

Soraghan and his colleagues are continuously looking for ways to enhance the platform. Currently they are running a pilot for a new centralisation feature that generates KPIs for users in an offline environment. This would, he says, make the system slicker and remove the complexity for someone who is new to the platform having to generate in-house scripts to calculate key metrics.

Having spent a lot of time ensuring that data quality is high and definitions are correct, the next stage will be carrying out automation and creating actionable insights that can be fed back to users. ORE Catapult also hopes to introduce cost benchmarking and a lost revenue measurement, using an application programming interface to calculate the price of electricity. An exciting future lies ahead for the platform. After more than five years of hard work, SPARTA is ready to extend its reach further afield. “We are actively seeking participation from European waters, and would absolutely consider offshore wind farms from anywhere in the world,” says Soraghan. “There’s no other system that provides anonymous benchmarks like this on an ongoing basis, and we’d like to scale up internationally.”

“We’re ready to expand,” adds Riis. “We want to make sure that the value in joining SPARTA is so high that you can’t stand outside it, you need to be part of it."

Installed offshore wind capacity in the UK on which SPARTA reports.
SPARTA 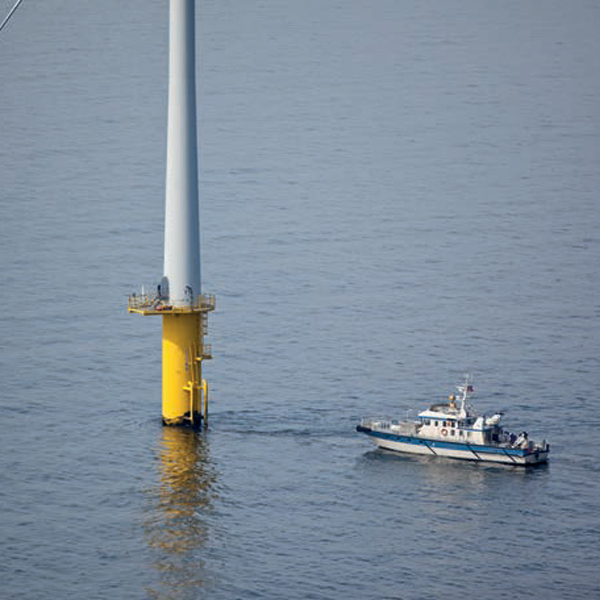 Turbines off the west coast of the UK may be trickier to maintain because of rougher weather, but yield more energy. 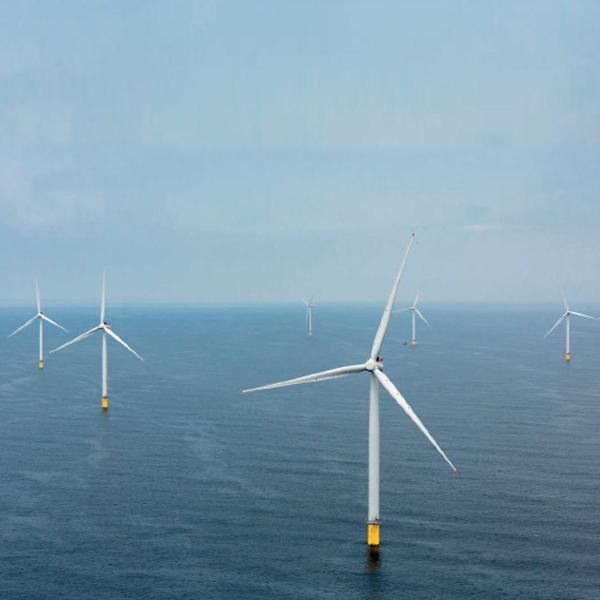 An offshore wind farm that will be improved by SPARTA’s collaborative approach. 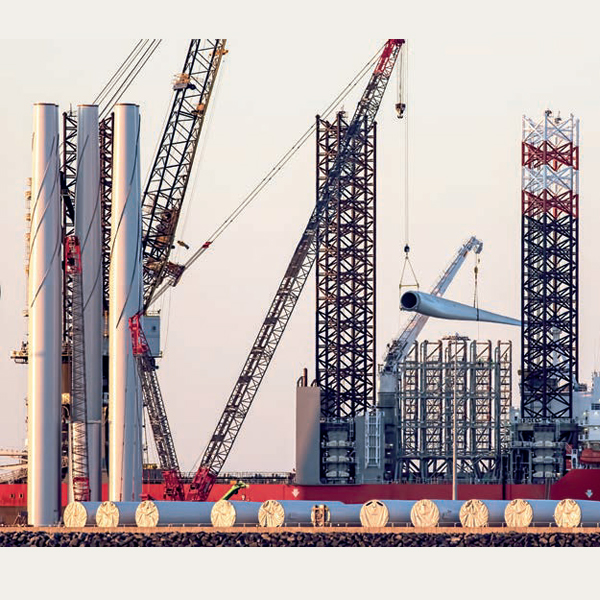 SPARTA members tap into a shared pool of knowledge to improve all aspects of their wind farms, including their construction
Post to: