Over several decades, a rigorous testing regime has seen the superior zinc flake systems produced by Dörken MKS-Systeme receive the approval of nearly all leading manufacturers of wind turbines.

It is difficult to imagine an automotive industry without chrome-free zinc flake systems. These multifunctional systems offer more than high-performing corrosion protection. Their full potential can be seen in high-tensile bolted connections in climatically highly stressed wind energy plants, there they are in use for more than 20 years in rotor blade assemblies.

New external tests underline their exceptional effectiveness, and the global availability of DELTA-MKS systems ensures the optimal realisation of specifications with manufacturers and service providers.

A look at the supply chain reveals that Dörken MKS-Systeme enjoys great popularity with its systems. Approximately 80% of all wind turbine manufacturers and their suppliers use DELTA-MKS zinc flake systems. These manufacturers or their subcontractors place their trust in DELTA-MKS systems because they have proven their longevity in various test and use scenarios.

The official certification of the company's proven DELTA-TONE 9000 + DELTA-SEAL GZ system by Germanischer Lloyd in particular serves to underscore quality and reliability even in challenging climatic conditions, attributes highlighted by certification to class C5M (offshore).

In addition to the previously mentioned certificate awarded by Germanischer Lloyd in 2012, further DELTA-MKS systems are being put through their paces on a FINO offshore wind turbine. In the Baltic, size M24 bolts are being exposed to every conceivable external influence until 2018.

In addition, a test at the Deutsches Institut für Bautechnik (DiBt) is underway, carried out by the Federal Institute for Materials Research and Testing. This involves the DELTA-MKS zinc flake coating being compared with standard hot-dip galvanisation on size M16 and M30 bolts. The components were exposed in March 2012 on the island of Sylt and in Berlin, and have since been examined regularly, with typical corrosion tests also conducted in the laboratory. Interim results from summer 2013 clearly indicate that components coated with the DELTA-MKS zinc flake systems are functionally at least equal to or optically more appealing than hot-dip galvanised components. No damage whatsoever can be determined as yet with the DELTA-MKS systems.

Repairs and breakdowns are expensive. Components are therefore required to function well. The trend is towards higher quality, which for Dörken MKS means higher standards requirements for coating systems. Formerly, 480-720 hours of corrosion exposure, as per DIN EN ISO 9227, was required. Today, particularly in the offshore field, corrosion exposure times of 1,440 hours are standard.

The portfolio of parts that it is possible to coat has also grown. Until recently, primarily fastening elements in the rotor blade connectors and gondola were coated with zinc flake systems from Dörken MKS, but the systems are now also to be found in the tower and foundation areas. In future, the aim is to coat high-tensile pre-stressed bolts and further parts relevant to construction regulations. 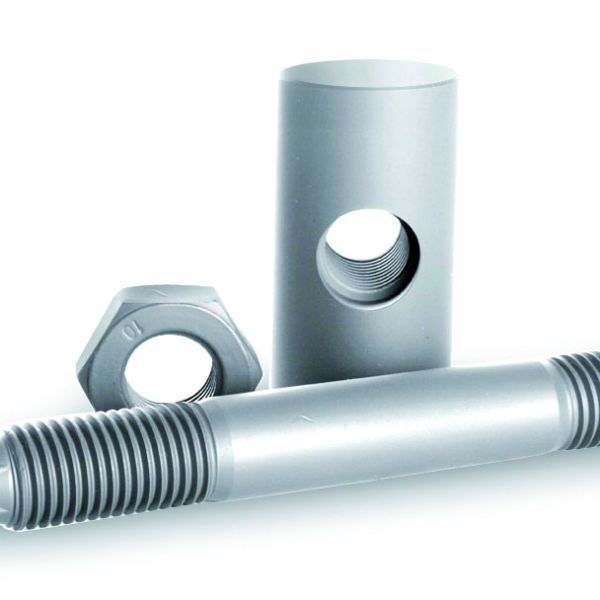 The portfolio of coatable parts has extended beyond primary fastening elements. 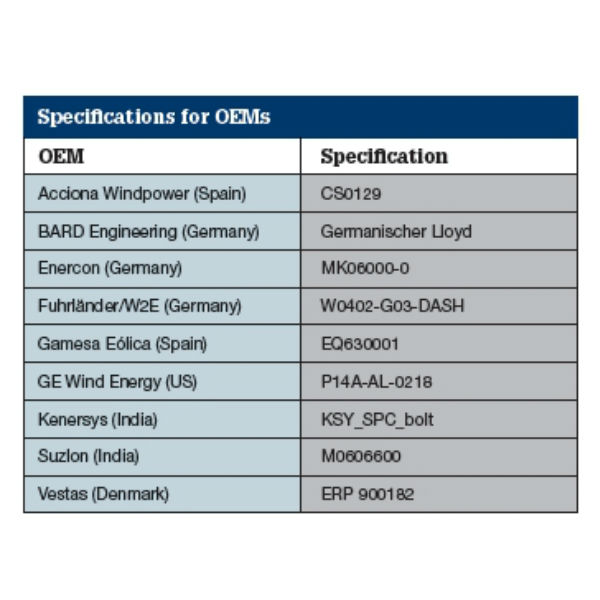