Subsea cables are vital to the offshore industry, but can be vulnerable to damage, with a high proportion of financial losses caused by cable issues. Emily Moore talks to Ivan Savitsky of the Carbon Trust’s Offshore Wind Accelerator about the causes of cable failure – including third-party incidents and installation error – and the ways these risks can be managed.

The offshore industry is hugely dependent on the proper functioning of the cables that link isolated, sea-swept farms to onshore facilities. A turbine’s power generation and efficiency counts for little if what it produces cannot be easily exported to facilities on land.

In addition to revenue losses from potential exported power, repairs to damaged cables are not easy; located on the sea floor, they are difficult to access, requiring skilled technicians, specialist vessels and significant financial outlay. Any hold-ups created when the required individuals or equipment are not readily available to address the issue, or delays from adverse weather, cause costs to mount even higher.

“The impact can be very large,” confirms Ivan Savitsky, offshore wind analyst with the Carbon Trust – an organisation that works with governments and private organisations to reduce carbon emissions.

Savitsky’s role is within the Offshore Wind Accelerator, a research and development programme established by the Carbon Trust and a number of offshore wind developers, including E.ON, Equinor and Shell, with some funding also provided by the Scottish Government.

The initiative was set up in 2008 to support innovation and “essentially with the aim of reducing the cost of offshore wind”, as Savitsky puts it.

The Offshore Wind Accelerator is split into five research areas, with one explicitly focused on cables; in particular, reducing failures and lowering installation costs.

A recent report, published at the end of 2018 by RenewableUK, underlines the need to concentrate on the provision of cables. Offering a forecast of the market for cables until 2028, the report identifies 2024 as the apogee for installations, predicting that 2,453km of array cables and 1,884km of export cables will be laid that year, at a manufacturing cost of ?1.7 billion.

Although the cost of cables themselves is relatively low – between 8% and 12% of overall capex – their failure can play an outsize role in the cost of offshore wind, with 80% of insurance claims in the offshore industry relating to this issue.

“It’s important to be able to maximise the amount of power transmitted to shore,” Savitsky says, pointing out the vital role played by cables. “It’s certainly a key focus in terms of the future of the offshore wind industry.” Complicating the industry’s ability to tackle cable failure is the fact that it can stem from numerous causes.

2/3
The fraction of cable faults that occur from contractor error during installation.
Gcube

The most common scenario sees damage occurring during the labour-intensive and technical load-out and installation process. In 2016, renewable energy underwriter GCube reported that two in three cable faults it recorded originated in contractor error during installation. According to the Carbon Trust, between 2002 and 2015, around ?145 million in insurance losses resulted from damage at the construction phase.

“If you’re farther offshore and you have longer cables, if a fault’s hard to locate it may take longer to do so and this increased time can give increased revenue losses.”

This is, then, an area the Carbon Trust has chosen to focus on. In 2017 the Offshore Wind Accelerator launched an innovation competition to discover and develop monitoring systems that could identify any issues arising during load-out and installation in particular, with funds of up to ?225,000 available for promising proposals from around the world.

“Damage to cables during the installation of an offshore wind farm is unfortunately a common occurrence, which also results in unnecessary expenditure for the industry,” the director of offshore wind at the Carbon Trust, Jan Matthiesen, commented when the initiative began. “The challenge we face is finding a cost-effective, easy to connect and operate, robust and reliable system which can be used to monitor the condition of subsea cables throughout the cable installation phase.”

Savitsky reports that the Offshore Wind Accelerator is looking into how to mitigate physical issues such as birdcaging, when protective armour wires open up. “In general, it’s cheaper to be able to prevent this damage before the cables are laid, rather than realising the damage has occurred after,” Savitsky says.

Other causes of failure include deburial, when the cable becomes exposed on the sea floor, leaving it vulnerable to harm from debris.

Other incidents may be caused by fishing equipment or anchors. A possible trigger is damage to integrated fibre-optic cables, which reports suggest may then have knock-on effects on export cables. “We’re looking at a project now which is hoping to verify these reports and suggest potentially safer cable designs with integrated fibre-optic cables that might help to mitigate some of this risk,” Savitsky says.

“There’s been an awful lot of work for companies looking at cable condition monitoring to hopefully be able to locate faults, monitor performance of the cables and even theoretically predict faults, which would be hugely valuable.”

Often, though, the causes of cable failure simply can’t be discovered. “Many of these cable failures occur without a determined root cause, which can mean that it’s harder to learn from the failures moving forward,” Savitsky explains. “In addition, many cable failures go unreported, which again adds to this issue that makes it harder to learn from failures that have happened in the past.” This means that there is significant work under way to develop ways of intelligently overseeing subsea cables, such as that funded by the Carbon Trust; a current tender calls for interest in carrying out a study to assess array cables’ need for monitoring. The development of these systems may also have the potential to alert operators to potential faults before they occur.

“There’s been an awful lot of work for companies looking at cable condition monitoring to hopefully be able to locate faults, monitor performance of the cables and even theoretically predict faults, which would be hugely valuable,” Savitsky says. “A large cost associated with fixing cable damage occurs through bottlenecks [created by the availability of appropriate vessels and qualified personnel] and if you can predict faults ahead of time then you’d be able to reduce these bottlenecks occurring and predict when works might be required.”

The ability to reduce the cost and disruption of a cable fault through alerts ahead of time may become ever more urgent as wind farms move further out to sea, resulting in longer export cables in particular. “If you're farther offshore and you have longer cables, if a fault's hard to locate it may take longer to do so and this increased time can give increased revenue losses,” Savitsky points out.

As the offshore industry grows, innovations in the design of wind farms are leading to further challenges in managing cables and preventing issues. This is most pressing in the case of floating wind. “That itself will bring a whole different suite of challenges for cables,” Savitsky says. “At the Carbon Trust we run a Floating Wind Joint Industry Project that aims to investigate the critical issues for large-scale floating wind farms, and this includes a focus on high voltage subsea cables. Such dynamic cables will have a whole different suite of requirements to those for fixed bottom farms currently.”

Savitsky is confident the industry can develop innovative solutions at pace with the expansion of wind power, as organisations present from the birth of the industry are joined by newcomers and experts from sectors such as oil and gas. “There are many innovators looking to solve some of the challenges, particularly with subsea cables,” he says. “That’s promising to hopefully overcome some of these challenges moving forward.” 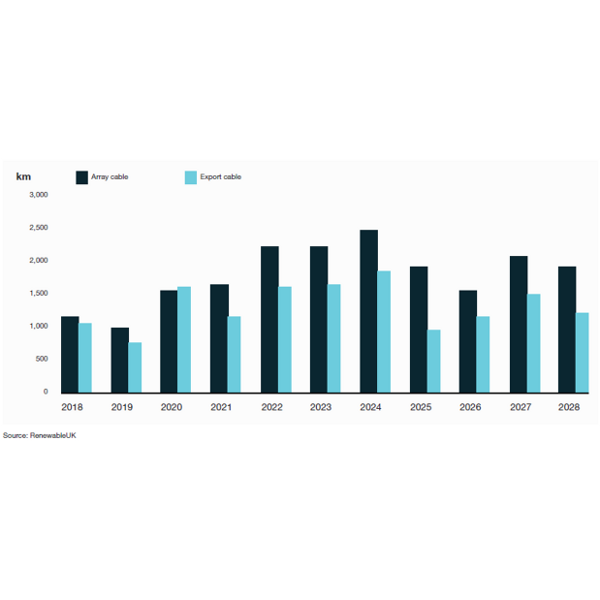 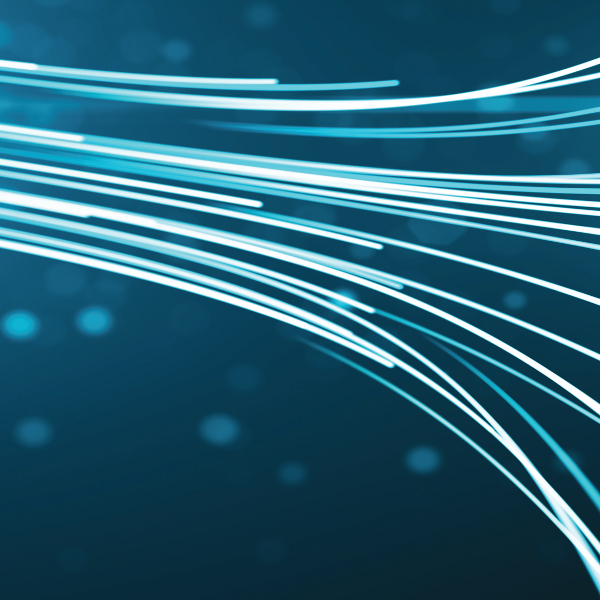 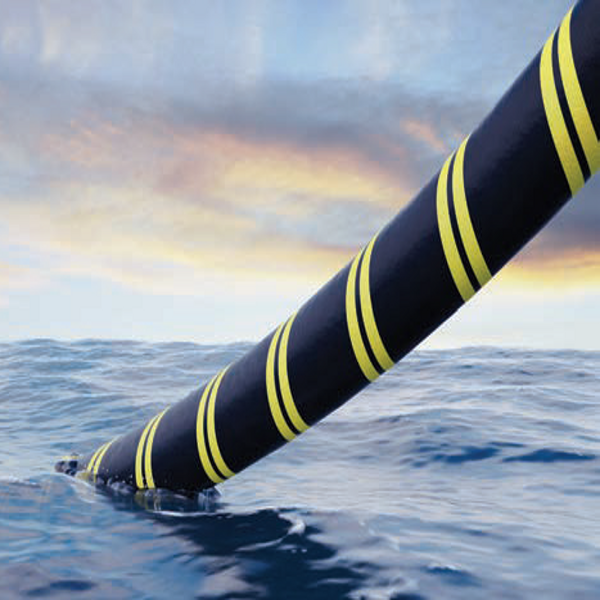 A 3D rendering of a subsea cable in the process of installation.
Post to: