Wind power is a valuable source of green energy – but how green is the production of the turbines themselves? Isabel Ellis speaks to Paulo Silva, senior vice-president of global blades at Senvion, and Manja Annette Behrens, who leads the Danish Technological Institute’s Dreamwind project, about how wind turbines can be manufactured to heighten sustainability throughout their life cycle.

Trump’s vision of skies full of giant stateless propellers is presumably the reason he criticised plans to install an offshore wind farm near his Aberdeenshire golf resort, calling the energy source “a disaster for Scotland, like Pan Am 103”.

Pan Am 103 was destroyed by a terrorist bomb, killing all 259 on board and a further 11 when the debris fell on the town of Lockerbie.

For these and other reasons, Trump probably hasn’t earned the benefit of the doubt, but holding the world’s most powerful executive office has to count for something. The average wind turbine requires 140t of steel. To get 140t of steel, considerably more iron ore needs to become iron, and that takes a lot of coal. Perhaps Trump meant to express his concern that the steel industry is responsible for as much as 5% of fossil fuel emissions worldwide.

Then there’s all the concrete required to keep that flighty metal attached to the planet’s surface. Wind turbine foundations need cement, the planet’s most widely consumed resource after water, and the source of up to another 8% of its carbon dioxide emissions. Though cement is made in fossil fuel-powered kilns, approximately half of the greenhouse gases emitted by the process actually result from the chemical reactions necessary to convert limestone (CaCO3) to lime (CaO). That makes it very difficult to completely decarbonise the production process, though the lime content can be reduced when supplemented with fly ash and foundation designs can be optimised to limit the amount of concrete required for each turbine.

To different degrees, both steel and concrete are recyclable. A far greater proportion of the former could also be produced using renewably powered electrolytic cells instead of coal in the near future. Furthermore, CO2 emitted from other industrial processes could be captured, liquefied and substituted for a portion of the cement used in foundation concrete, thus sequestering it from the atmosphere. It’s likely that renewably generated electricity will power at least some of the trucks, cranes, diggers and ships required to transport and install these materials soon, too. But we’re still a long way from a working wind turbine. For that, you need blades.

Paulo Silva believes in self-sustainable business practices. Through government petitions, material delays, and near-insolvency, the senior vicepresident for global blades at Senvion has pushed for the company’s RiaBlades manufacturing plant to run off one of its own turbines. At the end of June, the Portugal-based internal supplier became one of the first blade manufacturers to do so, and Silva is beaming with pride.

“We chose one of our latest machines,” he effuses. “It’s a Senvion 3.6M 140 EBC – not only the biggest in Portugal, but in all Iberia.” It’s an impressive match for the 85,000m2 RiaBlades facility, Senvion’s largest. “But it’s also a little bit of marketing,” Silva admits. “Senvion is quite active in Portugal and Spain, so we wanted to show customers a new machine. They can see that we are innovating and bringing new solutions to the market.

“And we are speaking of a 140m rotor – the blades are 68.5m long. It has this impact. It’s a very efficient machine, and it’s a very stylish machine.”

Unusually, Silva is a firm believer that the visual impact of the most advanced wind turbines can actually be exploited for the sake of sustainability. He urges that the wind industry needs to set an example beyond just selling its technologies. The foundations need to be made of more (or less) than concrete, and they need to be reinforced with the right image, so Senvion commissioned Portuguese artist Paulo Neves to reimagine turbine blades as spinning shards of canvas on the side of the highway. “You can see it from more than 20km away, and I want it to have a friendly impact,” he explains. For Silva, such a vast structure has a responsibility to do what it can to reflect its local context.

140t
The amount of steel in the average wind turbine.
World Steel Association

Even Trump might appreciate a flagpole doubling as an energy source. Power is image and culture as well as function, and, rather than simply branding their turbines, Silva thinks any Senvion customer, or even any competitor that likes the idea, could also use their turbines to support local communities and artists, further deepening wind energy’s foundations.

In fact, Silva’s turbine would never have been erected at all if Senvion and RiaBlades hadn’t committed to engaging with Portugal on a deeper level. Before anything else, the companies had to petition the government to authorise them to power their own energy grid. “There has to be legislation to smooth the process,” says Silva, “but the government was thrilled because one of our targets was to use local suppliers as much as possible and to develop with the local economy.”

Enviably, by doing the right thing for the environment, Senvion has created a whole new set of customers at OEMs across Portuguese industry. Sustainability breeds sustainability, whether it’s in Trump’s country or not.

Indeed, Silva’s ideal is for government and industry to reinforce each other’s green policies and practices. “We invite schools in so we can teach youngsters about types of materials,” he explains. “Sometimes we even go to schools to show them what they can do because the government may give the rules, but the daily behaviour has to come from us.” In future, this commitment could even extend to using the RiaBlades turbine to power workers’ electric cars. It’s the inverse of the old tobacco industry practice of instilling the appropriate company culture by distributing cartons of cigarettes.

That might seem a crude analogy, but it’s accurate. Green business is still business. As Silva sees it, a truly green facility doesn’t just exploit every opportunity to save energy or recycle: it builds on them to improve the practices of others nearby. “Being sustainable only makes sense if you think about it from the very beginning,” he says, encapsulating his approach to outreach as much as design. When students visit the facility, they learn the importance of everything from insulation to water sourcing and light monitoring to energy efficiency. “It’s not a box without windows,” he explains. “We let natural light come into the building. Of course the glass is fitted with UV filters to protect the blades, but if we have enough sun, we don’t use the LEDs.”

8%
The approximate total of annual global carbon dioxide emissions from the cement industry.
The Royal Institute of International Affairs

Waste not, want not

Whatever the source, the light eventually falls on the turbine blades themselves. Having done so much good work elsewhere, insists Silva, “we simply cannot allow waste from producing the blades to go to landfill”.

In order to support the incredible mechanical loads placed on 40–74m blades rotating high off the ground over decades of operation, Senvion, like most all providers, makes them out of composites. During RiaBlades’ production process, the carbon or glass-fibre reinforced polymers in its preferred combination of PVC and epoxy resin cross-bind, forming an intricate, chemically connected network that combines lightness and flexibility with the tensile strength required to make effective blades. This, however, is an irreversible process.

“We can’t forget that eventually machines have to be taken down,” Silva continues, almost mournfully. “We have to find solutions to recycle the blades. The fibreglass can last 1,000 years. We could use recyclable PET or balsa wood instead of PVC, but once anything has resin reusing it gets difficult. It’s a problem this industry has not yet solved.” What’s more, it’s the paradox at the heart of his work. RiaBlades emphasises minimising waste around its products, but it can’t do anything once they’re finished.

“Everything else on the turbines is very sustainable and reusable,” agrees the Danish Technological Institute’s Manja Annette Behrens, “but composites are just notoriously difficult to do anything about.” Behrens manages the Innovation Fund Denmark backed Designing Recyclable Advanced Materials for Wind Energy (Dreamwind) project, a Vestas collaboration with DTI and Aarhus University that aims to develop smart composite materials according to the principles of circular economy.

“It’s what you call a blue-sky project,” she explains. “We tried completely rethinking how we did this, and we now have a material that we can actually disassemble after it’s been made into a composite. It’s still based on an epoxy, but very different.”

The team took inspiration from academic advances across a range of other fields into stimuliresponsive materials, which can be triggered to morph and deform. “Some people trigger them with light and heat, but obviously that’s not the best idea for a turbine blade,” Behrens adds with a laugh.

Dreamwind is now in its fourth and final year. After this basic research phase is over, the aim is to move into the applied stage and out into industry ‘relatively fast’, although Behrens cautions that the material is still years away from being commercially applicable. Its components were deliberately selected to match the price and availability of those used in current composites, but Behrens believes the biggest challenge will be establishing a sustainable commercial supply chain for turbine blades worldwide.

Dreamwind is far from the only project attempting to develop recyclable materials for turbine blades. So far, it’s shown great promise, with the stimuli-responsive composite performing as well as traditional materials across all parameters in all the tests it’s faced. Still, no alternative to current composites has proved that it can function at the lengths required for today’s wind turbines. “With reinforced thermoplastics you can grind or shred the material and use it again,” sighs Silva, “but it’s only possible for a 20m blade.”

“It’s one thing to make something that performs comparably on a laboratory scale,” says Behrens, “but when you actually get more strain on it...” her voice trails off. The Dreamwind material is far more advanced than a reinforced thermoplastic, but it will take time before she has a definitive answer about its capabilities. “It’s the chemical structure that makes these materials so amazing,” she reiterates, “and we’ve been true to the actual internal structure of an epoxy, but in a smart way.” It’s the opposite of the Trump approach. We’ll see who’s doing best in 2021. 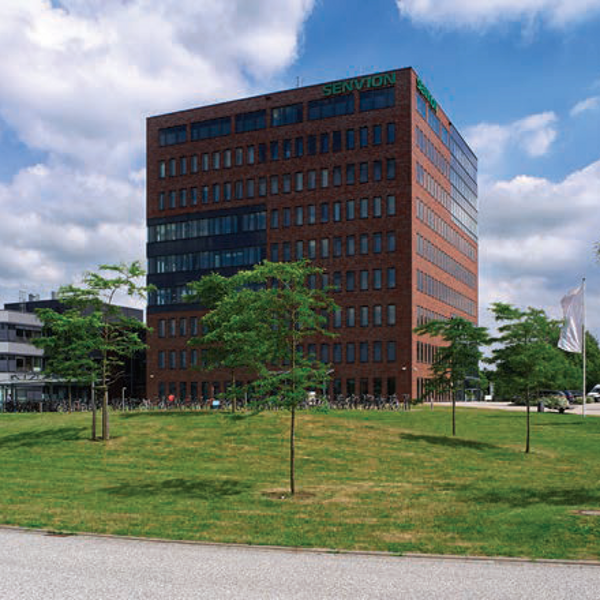 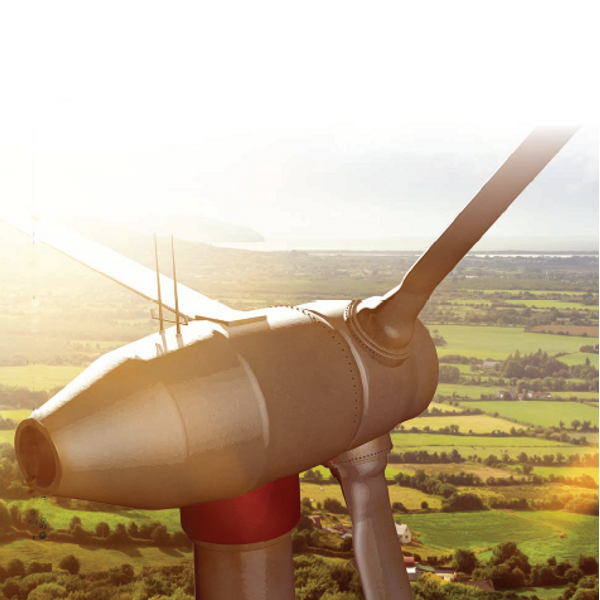