A memorandum of understanding signed by the Danish Government and leading figures from industry has reaffirmed the country’s commitment to wind energy. Jan Hylleberg, CEO of newly created industry organisation Wind Denmark, speaks to Grace Allen about the state of play and the developments he foresees in facilitating the green transition.

Denmark can claim a rich heritage in the production of wind power, despite the industry’s relative youth. Danish inventor Poul la Cour was experimenting with mill blades at the turn of the century, and Denmark was at the forefront of modern wind power when it took off in the ’70s – a position the country has not relinquished since.

In 1990, the scale of wind farms was expanded with the establishment of 42 turbines in Jutland, and the first large-scale offshore farm was created off Copenhagen in 2000. By 2017, the industry employed more than 33,000 people and boasted an annual turnover of kr143 billion (€19 billion). Now, Denmark has underlined its intention to prioritise wind energy into the future with a memorandum of understanding signed by the government and industry in January 2019.

Signed by the government and the pre-merger Danish Wind Industry Association as well as representatives of companies such as Vestas, Vattenfall and Siemens Gamesa, the memorandum of understanding makes clear a shared interest in promoting wind energy. “To be the global leader in the sector is very important for all of us,” Hylleberg explains.

A reiteration of governmental support offers the industry confidence that the best possible business conditions will be sought. “We have a joint target in relation to the sector, so we focus on what are the most important things to invest in going forward in relation to future development,” Hylleberg says.

33,000
The number of personnel the industry employed as of 2017.
Danish Wind Industry Association/Wind Denmark

The memorandum includes a commitment to hold an annual dialogue forum, ‘Growth in the Wind Energy Industry’. “The idea was to have at least one meeting a year where we touch ground on where the sector is going, what the future looks like, where's the technology development and competencies and resources, so that we, on an ongoing basis, have a dialogue with the Danish government,” Hylleberg says.

He emphasises how important government cooperation is in ensuring adequate provision for research and development. “One of the challenges moving forward is now about the access to lands and areas and locations where we can test and demonstrate not only future turbines, but also hybrid solutions, or storage solutions,” Hylleberg says.

“We have such good conditions for offshore wind that we can contribute significantly to cover our need for green electricity – not just in Denmark, but also in many other countries.”

It’s a pressing concern as turbines become bigger and require larger test facilities for their development. “There is a planning issue here, which we as a sector can’t deal with ourselves,” he says. “We need an ongoing dialogue with authorities and political decision-makers, so we can ensure that we have the needed facilities to put up higher and higher turbines for testing.”

3%
The percentage that the industry contributes to Danish GDP.
Wind Denmark

The Danish Government has already stamped its intention with action. In March 2019 a funding application worth kr50 million (€6.7 million) was approved for the development of facilities to test 16MW offshore wind turbine nascelles at the Lindo Offshore Renewables Centre (LORC), a former shipyard located around 170km from Copenhagen. A 16MW turbine could reach a height of up to 320m, taller than the Shard in London or the Chrysler Building in New York.

143 billion
The annual turnover of the industry as of 2017.
Danish Wind Industry Association/ Wind Denmark

A further key aspect of Denmark’s position as an industry leader is its attractiveness as a research and development location for overseas companies. “To attract even more companies to Denmark, the Danish environment has, for nearly a decade, had a special platform for attracting and inviting in foreign companies to this area,” Hylleberg says. “There’s no doubt that these companies come to Denmark based on a set of different arguments and one of them is that there’s a tradition for having a public-private dialogue on what is needed.”

The memorandum emphasises the Danish Government’s intention for Denmark to be a ‘vital base’ for the global wind industry, building on the conditions Hylleberg describes. He points out the value in having a supply chain that means everything needed can be sourced within 200km.

Research and development, and innovation centres for foreign companies already exist in Denmark. Chinese manufacturers Envision and Goldwind set up bases there in 2007 and 2016 respectively, and in February, the turbine manufacturer Shanghai Electric Wind Power opened a European Innovation Centre in Aarhus to work on turbine design; the centre’s CEO Xiaogang Meng described Denmark as the ‘obvious choice’ for its location. Acts such as the memorandum and the decision to merge the existing industry bodies into Wind Denmark shows the country’s government and industry leaders refusing to rest on their laurels. This is important when the stakes are so high – not merely developing a profitable industry, but also radically changing the country’s energy mix and carbon consumption.

The pledge builds on the cross-parliament Energy Agreement ratified in 2018, which stated Denmark’s intention to be a fossil fuel-free society by 2050, with all electricity provided by renewable sources by 2030. The agreement included the intended build of three offshore wind farms, together providing 2400MW, feasibility studies have recently begun for the location of the first, given the moniker Thor.

In addition, April 2019 saw Lars Christian Lilleholt, Denmark’s minister for energy, supply and climate, announce that a survey has shown Denmark’s offshore wind potential to be a minimum of 40GW. “We have such good conditions for offshore wind that we can contribute significantly to cover our need for green electricity – not just in Denmark, but also in many other countries,” Lilleholt said.

“The most important focus area for us in the years to come is how to ensure that we have the best possible value of electricity produced, based on wind power or renewable in general,” Hylleberg says. “It’s a whole discussion about getting the whole society electrified, in the heating sector, the transport sector, move away from fossil-based sources over to renewable sources.”

The wind energy industry has already seen a rapid pace of development and advancement in the past 40 years – a process in which Denmark has had a significant part to play. “Around one quarter of the global market one way or another has Danish DNA,” Hylleberg says.

Now, Denmark has to continue a tradition of innovation as the world sees a shift towards hybrid solutions such as wind and solar or wind and battery. “We will see companies not only focusing on wind, but focusing on renewables and focusing on hybrid solutions and system integration more than we already see today,” Hylleberg says.

The established commitment to renewable energy shared by Denmark’s industry and government means that Denmark is in an enviable position to meet this future. “We have solved a lot of challenges already for integrating renewable into energy systems,” Hylleberg says. “Now I foresee that we also can do that in relation to whole energy consumption, and not only in relation to electricity consumption.” 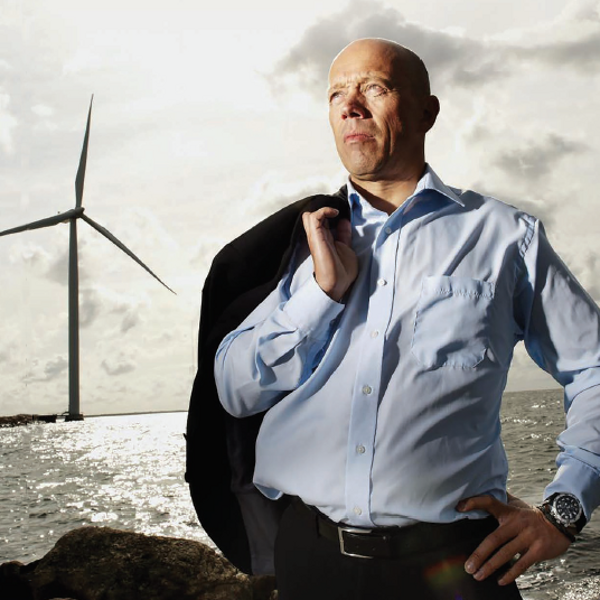 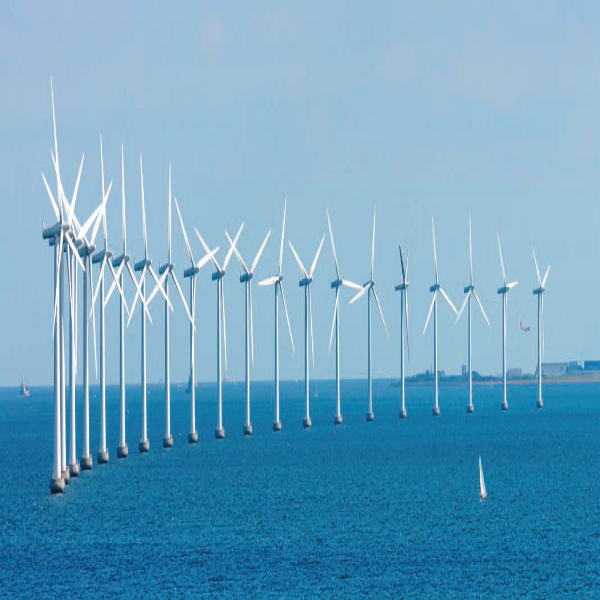 Middelgrunden, an offshore wind farm in the Baltic Sea off Copenhagen, Denmark. 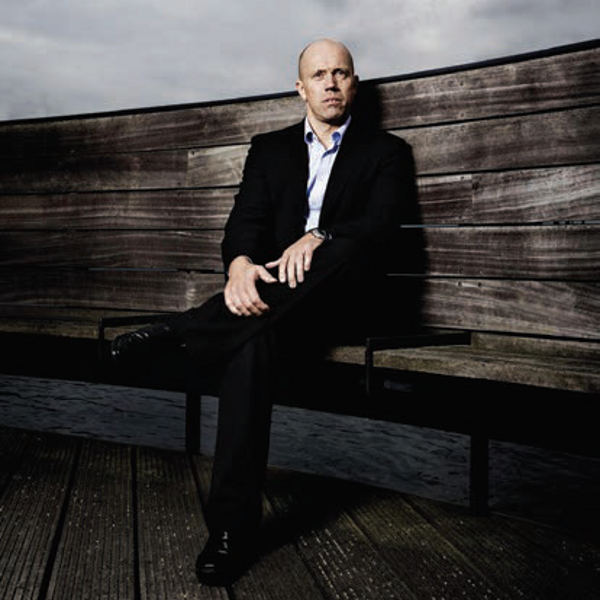 Hylleberg has taken the mantle of CEO at the recently created Wind Denmark organisation.
Post to: