Not in my backyard

Wind farms are lauded by environmentalists as clean, reliable sources of electricity. Many local communities, however, would rather the turbines be sited as far away from their homes as possible. Michael Shaw talks to Dr Jacob Ladenburg, a senior researcher at the Rockwool Foundation, and Dr Sandra Sulsky, a consultant epidemiologist with the Ramboll Group, about the fractious relationship that can develop between those who install wind turbines and the people who live nearby.

Out of all sources of renewable energy, it is perhaps the wind turbine that solicits the most suspicion and fear. Take, for example, the pronouncements of US President Donald Trump at a rally in Grand Rapids, Michigan, in April 2019.

“Hillary wanted to put up wind,” he said, referring to his long-defeated opponent in the 2016 presidential election. “Wind! If you have a windmill anywhere near your house, congratulations: your house just went down 75% in value. And they say the noise causes cancer. You tell me that one, okay?”

Having whipped up the crowd’s enthusiasm about the carcinogenic effect of wind turbines, the president proceeded to explain their devastating impact on the avian world. “You know, the wind wheels,” he said, before miming a turbine rotor downing an unfortunate bird. “Bing! That’s the end of that one. If the birds don’t kill it first. The birds could kill it first. They kill so many birds. You look underneath some of those windmills, it’s like a killing field, the birds.”

Part-spectacle, part-rant, Trump’s speeches are flecked with exaggerations and half-truths. The president’s complaints about bird deaths, for example, fit firmly within the first category with the scientific consensus being that, while turbines have contributed to the deaths of bats and raptors, their lethality pales into comparison to that of cats and climate change.

The idea that wind farms cause cancer is a red herring. Unlike the bird theory, however, the president’s comments tap into a much stickier vein of discontent among a vocal minority that find themselves living near the beating rotors of turbines. These citizens regularly complain of what they define as ‘wind turbine syndrome’, a condition with effects ranging from headaches and sleeping difficulties to what one study on the phenomenon called ‘reproductive and behavioural problems in livestock’.

More than 20 peer-reviewed scientific studies have debunked such claims. For Dr Jacob Ladenburg, a senior researcher at the Rockwool Foundation think tank in Copenhagen, the persistent way that they kept cropping up in debates about wind turbine placement is one of the stranger manifestations of the fraught relationship, which can develop between companies operating turbines and the people who live nearby.

“I think there’s a lot of uncertainties about the different impacts,” says Ladenburg. Rumours about the harmful effects of infrasound, not least the visual impact of turbines on the surrounding landscape, can gain surprising traction on social media.

“I think those stories drive it,” says Ladenburg. “There are few [positive] stories, as far as I know, about: ‘Well, it turned out to be a really good project.’”

4–8%
Percentage of local property price decrease in a study conducted in Ontario, Canada, based on how close the homes were to the emplacement of wind turbines.
The Conversation

Most fears about wind farms lie in anticipation. According to a survey of people already living next to turbines published in Nature Energy, March 2019, approximately 90% said that they preferred their current situation to alternatives like nuclear, coal or gas. In Australia, meanwhile, the National Wind Farm Commission received just eight complaints about wind farms that year, compared to over 200 concerning proposed projects since it was founded four years ago. Why, then, do wind farms provoke such extreme negativity?

When it comes to health concerns specifically, the answer is probably psychological. In 2014, a study titled appropriately ‘On the windmills of your mind’ pointed towards the nocebo effect, where an intense fear of developing symptoms actually brings them on, as the likely culprit. The authors went on to link this phenomenon as causing a multitude of panic relating to the introduction of new technology over the past three centuries, including millworkers blaming fainting spells on cotton in 1780s; fears that using telephones would lead to ‘giddiness and neuralgic pains’ in the 1880s; and complaints from people across Scandinavia that ‘visual display units were causing skin problems’ in the 1980s.

The paper also pointed to the role that stress likely plays in causing the symptoms observed in some wind turbine syndrome sufferers. According to its authors, several studies ‘have suggested that annoyance plays an important role in predicting whether people who live near to wind turbines will report symptoms’, including a survey in Sweden on 754 people, which drew a direct link between the perception of noise from rotor blades and stress.

In 2018, Dr Sandra Sulsky teamed up with researchers from the University of Toronto to investigate this phenomenon on a larger scale, this time from data already collected by Statistics Canada during its landmark ‘Community Noise and Health Study’ (CNH) of 1,200 Canadian citizens some five years previously.

90%
Approximate percentage of people already living next to turbines (published in March 2019) said they preferred their current situation to alternatives like nuclear, coal or gas.
Nature Energy

The new paper, published in the Journal of the Acoustical Society of America, found that there was no indication from the available data of “associations between objective measures of sound and health”, says Sulsky. “I hope those findings are reassuring to people who live in proximity to turbines or planned turbine installations.”

Those residents who lived closer to turbines, though, tended to report poorer living conditions related to their home environment and to their sense of freedom, safety and security. But the original CNH data was limited in one crucial respect: it did not provide any indication as to whether this was caused by wind farms. “As it is, we have no way of knowing whether the turbines tended to be installed in locations where people were already unhappy,” says Sulsky.

This touches on another factor that may also influence local opposition to the construction of new wind farms: the sense of disenfranchisement expressed by a minority of residents already living near turbines.

In 2017, an investigation by GateHouse Media into attitudes among rural communities across the US towards the wind industry portrayed a fraught relationship between the two, with complaints about corporate conduct and medical concerns – implied to be legitimate – routinely ignored. The article attracted a strong rebuttal from the American Wind Energy Organisation (AWEA)’s deputy director for external communication, Greg Alvarez, who not only cited the overwhelming scientific evidence against turbines causing harm to those who live nearby, but also accusing its authors of ignoring numerous examples of villagers and townsfolk in places like Texas, Colorado and upstate New York who weren’t bothered by the turbines, and were even happy that they were there.

The AWEA’s response did concede that not every relationship between wind companies and local residents is harmonious. “Developers spend years planning wind farms prior to construction, informed by advances in modelling and siting,” wrote Alvarez. “In case after case, wind developers bend over backwards to address local concerns. It is unfortunate that someone may be unhappy with the outcome of a permitting process, but that is true of any development.”

It seems that stories about the experiences of a vocal, dissatisfied minority travel more easily and help keep the narrative of a pushy wind industry with a cavalier attitude towards public health alive among those who fear its expansion into their backyard. For Ladenburg, this points towards a need for such companies to not only go to greater lengths in mitigating public concerns about turbines, however on the fringe they might be, but also offer communities a greater stake in the material benefits afforded by wind farms.

Such a scheme is already in place in Denmark, explains Ladenburg, where local residents could buy shares in wind projects. Beginning with the offshore wind farm at Middelgrunden, near Copenhagen, the researcher believes that such projects help dampen potential arguments about the placement of turbines, because without any stake in the development, “They don’t get any of the gains. They just get all of the noises.”

Ladenburg acknowledges, however, that such initiatives do not always overcome more subjective objections over the aesthetic appeal of wind farms. Tall, noisy and in many people’s opinions, exceedingly ugly, turbines tend to depress local property prices; one study conducted in Ontario, Canada, found that this could stretch to between 4–8%, depending on how close the home was to the emplacement. Sometimes, imagining the sight of turbines lurking just a few miles from one’s local beach or sprouting from green fields over ancient churches can be enough to rouse sustained opposition to their development. Ladenburg recalls such feelings being expressed at a town planning meeting on the Danish coast.

“It was a municipality who kind of said, ‘Well, it will be nice to have this kind of wind power development in our area,’ but a lot of people resisted,” he explains. “All the summer house owners said, ‘Well, we go to this area for summer vacation. We don’t want to be bothered by nearshore offshore wind farms.’”

Certainly, the reasons behind opposition to new wind farms are complex. Sometimes, however, it really can be as simple as a fear that a bucolic setting will be marred by the introduction of something as physically imposing and glaringly modern as a turbine. Even if wind companies strive their utmost to allay local concerns, it may prove impossible to overcome this simple desire among residents to protect what they already have, climate be damned. 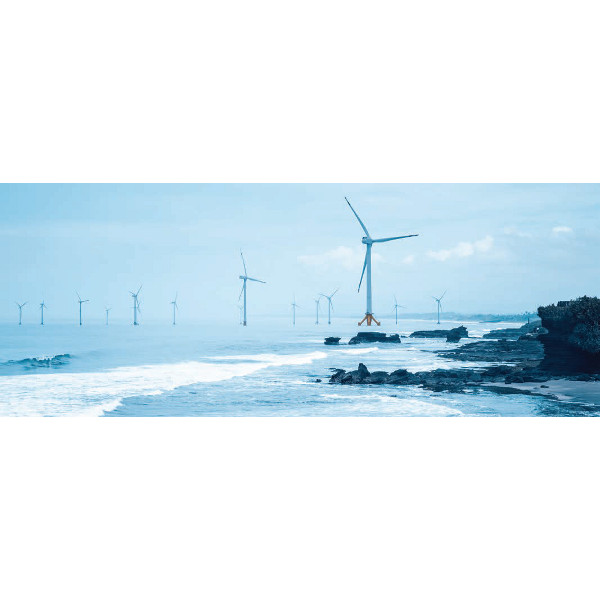 While beneficial to the environment, a mistrust over the side effects of nearby wind turbines still exists among a minority of residents. 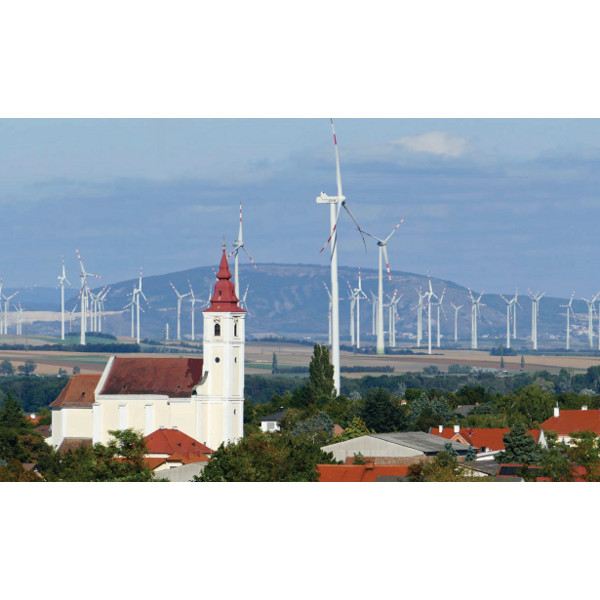