Out of the blue

A recent report has demonstrated that $8.5 billion is spent annually on unplanned repairs to onshore components. Laura Gray explores the factors that can lead to unexpected failures in both the onshore and offshore sectors, and the methods, such as the use of digital technologies, which can be employed to mitigate these occurrences.

Operations and maintenance (O&M) costs have always posed a heavy burden for turbine operators. When repairs and spare parts are factored in, as well as service visits, insurance and more, that contributes to a sizeable proportion – around 30% – of the turbine’s overall annual price tag.

According to an analysis by IHS Markit, the median O&M cost for a wind farm in the US was roughly $48,000 per MW in 2016. Moreover, the market for wind turbines, as a whole, is growing fast. On the one hand, newer, larger projects tend to cost less per MW to maintain – a corollary of improved efficiency and economies of scale. On the other hand, the average age of a turbine is increasing and, as a result, this is hiking up expenditure overall.

One of the main aspects of O&M spend pertains to unplanned repairs and correctives. According to research by Wood Mackenzie Power and Renewables, global onshore O&M costs will reach $15 billion in 2019; 57% ($8.5 billion) of that relates to component failures.

As Daniel Liu, Wood Mackenzie Power and Renewables principal analyst, explains, it is hardly unsurprising that O&M costs are coming under the spotlight in a big way. “Margins are becoming squeezed around the world as auction prices and PPAs reach historic lows,” he says. “O&M costs are now in focus since more than 50% of costs are unplanned failure repairs around the world. Failure reductions are seen as one avenue to reduce the overall operational costs.”

The report, which he is also co-author of, suggests that unplanned failures can cost the asset owner a hefty $30,000 per turbine per year, and up to seven days’ worth of lost production. This total, while high already, only includes production losses in the event of an actual failure. It doesn’t factor in the losses incurred by pre-emptive shutdowns or long delivery times for spare parts.

“Usually capital component repairs and or replacements – drivetrain, generator, blades – are the main costs an operator would bear when something unexpectedly goes wrong,” he says. “Repair costs and spare parts replacements tend to be the most pricey part of O&M.”

$30,000
Cost of unplanned failures, per turbine per year, for the asset owner.
Wood Mackenzie Power and Renewables

The same applies in the offshore sector, where O&M costs are even higher. Here, the problem is compounded by the higher price of maintenance and logistics, along with a well-documented skills shortage and the fact that shipping out technicians is not always possible in bad weather.

For the Offshore Renewable Energy (ORE) Catapult, a technology, innovation and research centre for offshore renewables based in the UK, bringing down these costs is a key priority. Its operation and performance team works with original equipment manufacturers (OEMs) and owner operators, with a view to driving improvements in their existing fleet and boosting the performance of the sector.

“OEM costs can be extensive,” says Steve Ross, data and digital business lead at ORE Catapult. “Any machinery that has moving parts and is put into rigorous operational conditions will at some time require major component fails. These can range from simple issues such as bearings or, in some cases, extensive and costly repairs, and replacements of gearboxes and drivetrains.” Ross adds that, while the problems are not insignificant, the industry is moving towards an environment that will allow for predictive (as opposed to reactive) maintenance.

“This is due to better understanding of SCADA models, historical analysis of component life cycles, and better condition monitoring of both component and lubricants,” he says. “Add to this the use of both AI and machine learning as data analytic tools, and the industry is starting to move towards a stronger control of O&M costs and understanding.”

In fact, digital technologies of this nature have been touted as a real game-changer, with the potential to maximise production and highlight small problems before they become big problems. Accenture has estimated that if operators were to fully integrate digital technologies, they could achieve gains of between €4 million and €13 million per GW per year.

As Ross explains, machine learning is now being used to analyse tens of thousands of engineer and drone images, along with data sheets from past repairs. This helps asset owners understand what is behind their faults and flaws.

“In the case of blades, for example, understanding what is a gel coat fail, leading edge erosion, a lightning strike or an engineer’s boot mark can help ensure the correct technician and equipment are deployed on the right blade,” he says. “AI has the potential to start to pre-determine alarm logs and error messaging across the control centre to reduce the potential for human error, so the uses are extensive and will continue to be used in the sector.”

Other emerging O&M technologies include drone inspections (including underwater drones), blade maintenance robots and various forms of automation. For example, we will soon see commercial roll-out of self-erecting nacelle systems that can disassemble themselves for maintenance purposes.

“The choice of tool depends on the asset owners,” says Liu. “Hands-off asset owners lean on OEMs and IPPs via long-term service agreements. Utilities and some IPPs prefer a mix of operational experience, digital technology and analytics, and predictive maintenance practices.”

All this said, it would be a mistake to paint the trajectory as a straightforward march towards digitalisation. As the Wood Mackenzie report makes clear, full digital deployment remains rare among asset owners, with most of them preferring to stick with only the basics and some shunning digital altogether.

Liu thinks that, for all its touted benefits, there are still a number of obstacles to widespread deployment of digital. He also thinks that in some cases, the benefits may be overhyped.

“Much of the low-hanging fruit has already proved to be beneficial – remote component monitoring systems is a good example,” he says.

“But more advanced data analytics and predictive analytics are quite mixed. These systems need good quality historical data, which doesn’t always exist on older park sites. Some operators instead prefer to rely on operational experience.”

On top of that, the economics of digital solutions do not always stack up. For example, deploying the infrastructure for data analytics can be relatively expensive per turbine. This is a big concern for park managers whose KPIs are tied to their operating budgets.

“Only the largest asset owners are willing to take on the costs of digital solutions deployment in return for an uncertain benefit,” says Liu.

Ross agrees that there is no exact correlation between digital deployment and reduced O&M costs. It’s still early days for digital solutions, and not all operators see clear rewards.

“The use of data and digitalisation is a focus point that allows the sector to be at the leading edge of data analytics and understanding,” Ross explains. “The skill as the industry matures will be in interpolating the data effectively, and using this to maximise generation and O&M costs.

In this respect there is a surge from some of the forward-thinking operators to become the fulcrum point in the sector as ‘data gods’ and start taking advantage of what the data is telling them about their fleet.”

Ross thinks that the renewable energy sector is probably behind the curve with digitalisation, especially compared to other sectors, such as finance and banking. When it comes to a tipping point of mass adoption, he cannot see that point being reached for a few years yet either. However, Ross feels the industry is advancing quickly. ORE Catapult recently launched its Wind Data Innovation Forum, which will take its cues from other sectors and expedite the industry’s digital development.

“The picture will change in a few areas, such as employment of data-focused engineers, boards that use deep dive data analytics as part of their decisionmaking processes, and data analytics coming to be seen not as an IT function, but as a fundamental element of business operations,” he says.

Liu thinks that the path to mass adoption lies with the technology vendors, not the asset owners. It will fall to the vendors to understand the market and encourage the uptake of more sophisticated digital solutions. This in turn will require full engagement with each stakeholder, and looking at why they might be reluctant to try something new.

“Most OEMs offer the latest turbine models with some form of data capture in place, so as the onshore fleet replenishes itself, we should see widespread deployment of digitalisation,” he says. 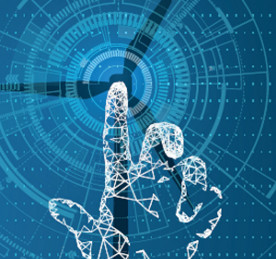 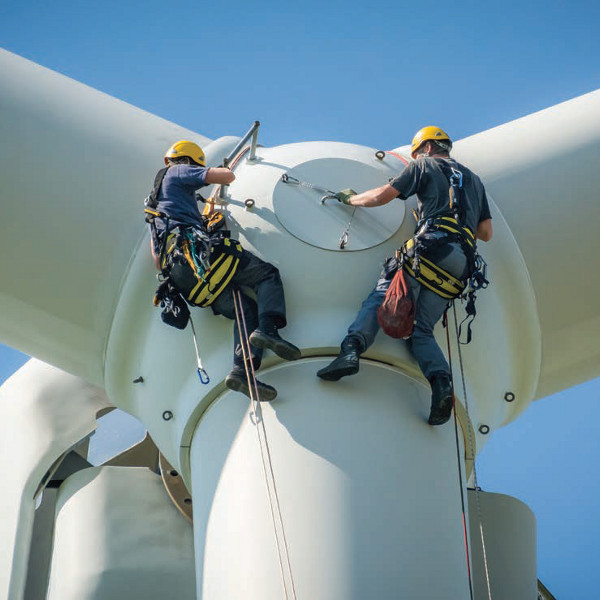 One of the main O&M expenditures is due to unplanned repairs and correctives, and poses a burden to turbine operators.
Post to: