For decades, the UK has been expanding its wind energy capabilities, with thousands of turbines now scattered across its fields and around its coastlines. Until recently, however, the country struggled to store all that new electricity. But with loosened regulations, the UK could be at the start of an unprecedented energy storage boom. Andrea Valentino talks to Kayte O’Neill, head of markets at National Grid Electricity System Operator (ESO), and Professor Phil Taylor, pro vice-chancellor for research and enterprise at the University of Bristol, about how wind has transformed the UK’s energy portfolio, the new importance of battery storage units and how the technology might develop in future.

In 1998, when most of the UK was preoccupied with the latest Spice Girls single and David Beckham’s disgrace against Argentina in the World Cup, an innocuously named trade organisation was rolling up its sleeves and preparing to transform how the country was powered forever. Known then as the British Wind Energy Association – it has since been rebranded RenewableUK – it spent the year lobbying for the creation of offshore wind farms along the UK’s coastline. Its hard work soon produced fruit: by 2003, the UK’s first offshore blades had started spinning.

Wind power has since become a fundamental part of the country’s energy regime. From just over 3,000MW capacity in 2008, the UK can now boast capacity nearly eight times that, with over 20% of the nation’s electricity now created by turbines on lonely moorlands and in rough seas far from land. This is an impressive achievement, but preserving all that new power is a different story. Between technical hurdles and tangles of red tape, much of the energy that the UK’s wind turbines spun into existence has historically disappeared – there was just nowhere to keep it.

But with the government finally making energy storage units easier to build and maintain, the country could finally be on the verge of fully exploiting the potential of its winds. A proper storage regime, after all, means the UK could finally build up a reliable depot of renewable energy, whatever the weather – in turn freeing it from the inherent fickleness of the wind and its currents. Not that some Whitehall bureaucrat can click their fingers and wish a greener UK into existence. Batteries come with their own set of environmental problems, while some critics argue we should simply aim our fire at totally different solutions, especially those with four wheels.

Between the interminable crises of Covid-19 and Brexit, in December 2020 Boris Johnson found time to announce a brand new energy strategy for his country. Talking with his typical bravado via video to a UN conference on climate change in New York, the UK prime minister proclaimed that his country could be the “Saudi Arabia” of wind energy.

“More intelligent energy use and technology will encourage the transition to a smarter, more flexible grid and help us achieve our ambition of being able to operate the grid carbon-free by 2025.”

Onshore wind turbines in the UK.

Offshore turbines in the UK.

“We’ve got huge, huge gusts of wind going around the north of our country,” he said. “Quite extraordinary potential we have for wind.”

Not a surprising pronouncement, given the prime minister’s rhetorical record. All the same, whatever you think of this typically Johnsonian comparison with the oil-rich absolute monarchy, in this case he actually has a point – at least when it comes to electricity production. According to Kayte O’Neill, head of markets at National Grid Electricity System Operator (ESO), the UK’s energy sector is at a tipping point: “[In 2019,] zero carbon power outstripped fossil fuel in the electricity mix for the first time since the industrial revolution, and [2020 was] a record-breaking year for the UK’s electricity system, with a 68-day coal-free run from spring into summer.”

This enthusiasm is partly shadowed by the numbers. We may not be exporting wind energy like the Saudis sell barrels of oil, but turbines are now so cheap and plentiful that suppliers could soon be paying money back to consumers. Look a little deeper, though, and things are rather less rosy – or were until recently, anyway. Until July 2020, the government made storage units incredibly difficult to build, which in turn dampened the potential of wind energy. To put it another way, why would operators care about all those gigawatts if they can’t monetise them, buying and selling excess energy as the nation demands?

To be fair, the government’s erstwhile reluctance did start from a sensible place. Trying to prevent inefficient monopolies, it limited interaction between different strands of the market, in some cases banning network operators from owning storage. The problem, of course, is that by definition these units sit somewhere in the middle of the supply chain, halfway between the wind farm and the consumer’s home.

In practice, that limited the enthusiasm or ability of companies to build storage units, a problem compounded by the technology itself. Although the biggest industrial batteries can store over 31MW, they’re ultimately not that different from the ones that charge our mobile phones. And just like the batteries on iPhones and Android phones, they degrade over time – and unlike the common smartphone, cost millions of pounds to replace.

On the evening of 9 August 2019, just as millions of people were settling down for another Friday night of television, the consequences of these shortsighted policies became darkly apparent – literally. After the Hornsea wind farm, just north of Hull, became disconnected from the grid, the resulting gap in supply resulted in about 3% of UK households losing power. Embarrassing for the powers-that-be, certainly, but also a warning of what happens in a world without battery units. Had suppliers been able to store energy in advance for just such an emergency, those 750,000 homes would probably not have been affected. That’s doubly true for wind farms, reliant as they are on the fickleness of nature to generate electricity.

Fortunately, such a fiasco seems unlikely to be repeated anytime soon. Although the government only loosened the rules in July, making it easier for electricity companies to invest in storage units, there’s been an explosion of interest. From just 1GW of space, there are already plans for local authorities and energy companies to build over ten times that. More to the point, says O’Neill, this expansion could make a huge dent in the UK’s ambitious energy goals.

“More intelligent energy use and technology will encourage the transition to a smarter, more flexible grid and help us achieve our ambition of being able to operate the grid carbon-free by 2025,” she says. “The rapidly changing grid, with more, smaller and distributed sources of power mean a greater flexibility.”

Professor Phil Taylor agrees. The pro vice-chancellor for research and enterprise at the University of Bristol notes that the future boom in storage units should solve another engineering question: grid inertia. Enormous nuclear or fossil fuel turbines spin for a few seconds, even after they fail, giving enough time for the system to correct itself, but wind farms are too weak to manage the same trick. As a result, an over-reliance on turbines risks power cuts every time there’s a problem – unless, that is, you can keep enough energy backed up in storage units. As Taylor puts it, energy storage is a “really fantastic way” of balancing wind power and demand, ultimately keeping the whole system stable.

That’s especially true, he adds, if we fully exploit the remarkable power of machine learning and automation. By teaching storage units where and when demand is likely to surge – if a new episode of Love Island is on, for example, or when the nation’s workers make themselves their first tea of the day – the grid can shift energy around automatically.

Not everyone is thrilled about the forward march of storage units, however. In an article published in July 2020 for The Conversation, Professor Andrew Cruden, of the University of Southampton, attacked the phenomenon as a waste of money, arguing that policymakers should instead focus on the huge potential of electric vehicles. Among other things, Cruden pointed out that buses and lorries emit far more carbon emissions than the grid – and that just one in ten of the country’s cars are electric. “Pursuing ever-larger, stationary battery systems,” Cruden wrote, “may not be the optimal solution for the UK to have a renewable energy future.”

A significant challenge, then, but one that Taylor argues is hardly unassailable. Imagine a country, he says, with hundreds of thousands of electric cars, with a certain percentage plugged into the mains at any one time. Citing the work of E4TheFuture, a US-based clean energy think tank, he imagines a time when excess juice from these vacant car batteries could be returned to the mains at times of stress. That, in turn, would remove the need for expensive stationary storage units altogether – our hatchbacks or SUVs would act as rolling ones instead. O’Neill makes a similar point, suggesting that vehicle-to-grid services could provide up to 38GW of storage space by 2050.

Not that our work is done quite yet. Because they contain toxic chemicals, battery disposal can still damage the environment in whatever form it takes. And then there’s the usual struggle of getting new units fully integrated into an old grid, teaching staff how they work and troubleshooting glitches as they appear. Even so, you’d have to be brave to bet against the coming dominance of renewables, all the way from Lands’ End to the Scottish Highlands. Not that the British public will really notice, of course. As long as the kettle still boils and the television turns on, they’re far happier watching the Beckhams of today without worrying too much about how it’s all run.

Proportion of power in the UK generated by wind turbines in 2020.

Installed wind power generated by turbines in the UK in 2008.

Installed wind power generated by turbines in the UK in 2020. 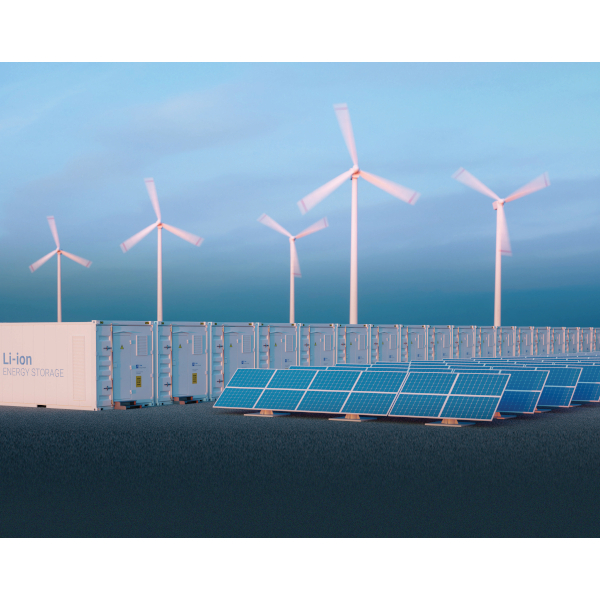 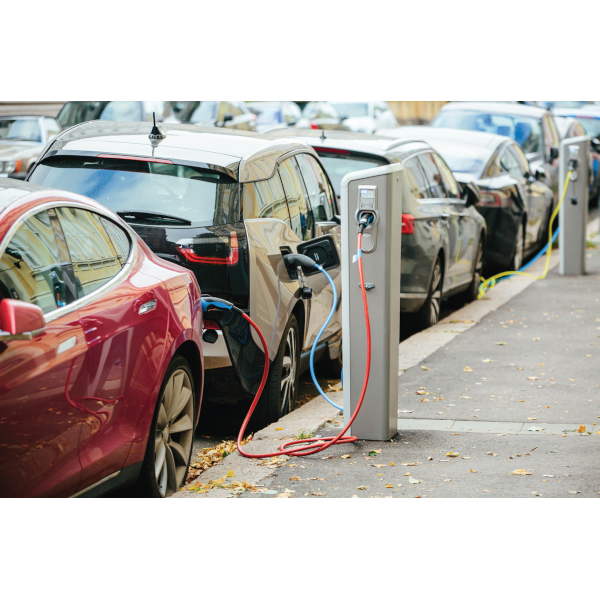 Electric cars could be a neat contributor solution to the issue of energy storage: when not in use, they can provide power back to the national grid. 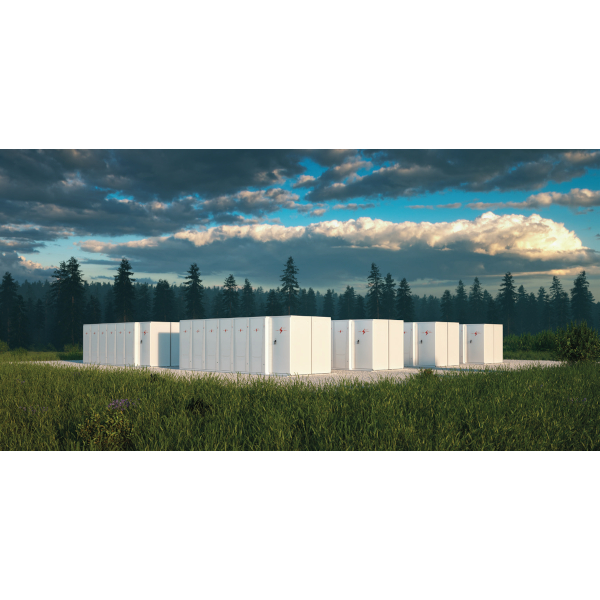 Eco-friendly battery energy storage systems will be a necessity for renewable energy-dependent societies.
Post to: