The recently completed Lake Turkana project has transformed the profile of wind power in Kenya. Rizwan Fazal, director of Lake Turkana Wind Power, and Karin Ohlenforst, director of market intelligence at GWEC, talk to Grace Allen about the factors enabling the development of wind power in the region, the challenges and benefits inherent in projects of this type, and how Kenya can continue to progress in this area and offer an example for Africa more widely.

Found in Kenya’s remote Marsabit County, 600km north of Nairobi, the Lake Turkana wind farm is a behemoth. Both in terms of its size – the farm’s 365 turbines, resulting in a total installed capacity of 310MW, make it the largest in Africa – and its significance; it is a landmark in Kenya’s move to renewable energy.

“If you take the Lake Turkana Wind Power Project on its own, it’s the single largest private sector infrastructure project undertaken in the history of this country,” says Rizwan Fazal, director of Lake Turkana Wind Power. Lake Turkana first began contributing to the national grid in September 2018, and became fully commercially operational on 6 March 2019.

For Karin Ohlenforst, director of market intelligence at the Global Wind Energy Council (GWEC), the project’s size is a big step in the right direction. “Projects of 100MW or more, that's what I consider a healthy project that can also move the needle when it comes to how a country gets its energy, and really increase the share of renewable energy, of wind energy, in these markets,” she says.

Previous wind capacity in Kenya was limited to the 25.5MW Ngong Hills project, so Lake Turkana represents an enormous uptick in the energy provided by wind power, and is set to mark the beginning of a trend that takes advantage of a plentiful resource. According to a recent study in Renewable and Sustainable Energy Reviews by researcher Agnieszka H.Kazimierczuk, Kenya has potential for total wind generation of 346 W/m2 – enough, in theory, to power the entire nation.

Planned projects include the 60-turbine, 102MW Kipeto project, which reached financial close at the end of 2018 and is expected to become operational in 2020, and the 90MW farm intended for Lamu County, north of Mombasa. Additional turbines to be erected at Ngong Hills will add a further 10MW to current production. At the WindEurope 2019 conference in Bilbao, Deo Onyango of GE Renewable Energy predicted that Kenya would add up to 600MW of new wind capacity by 2025.

It’s a striking statement, especially when, with the exception of markets such as South Africa and Egypt, wind is underutilised in Africa: in 2017, the continent provided just 0.81% of global installed wind capacity. It must be noted, however, that Kenya presents a unique case among African countries north of the Kalahari and south of the Sahara.

The country’s 2030 Vision, intended to transform Kenya into a rapidly industrialising middle-income nation, includes a commitment to renewable energy with a target of 23,000MW by 2030. The government also worked to facilitate private investment opportunities by passing the Public–Private Partnership Act in 2013. Upgrades to the national grid make it feasible for new sources of power to be added, while at the Paris Peace Forum in 2018, President Uhuru Kenyatta stated that Kenya would look to move to 100% renewables by 2020.

“The Kenyan Government has shown commitment,” Ohlenforst says approvingly. This is confirmed by Fazal’s experience: “The government of Kenya was a phenomenal partner and stood by at every juncture of the project,” he says.

Nevertheless, the Lake Turkana wind farm was not without its challenges. “Suffice to say that it has been a tough journey,” Fazal admits. “We call it a project of many lives; there were many times when you felt the project was going down.”

It was vital to ensure that the grid would be capable of absorbing the intermittent power provided by wind. Then, the remote nature of the location – described by Fazal as the most desolate area of the country – meant that contractors and workers needed to cope with hostile conditions and turbines had to be transported hundreds of kilometres by road from Mombasa. Most notably, a serious delay in the construction of the 436km Loiyangalani–Suswa transmission line by the Kenya Electricity Transmission Company (KETRACO) pushed the point at which the farm could begin operation back by over a year.

“It took a bit of time until it was finalised and it got online,” Ohlenforst says. “Nevertheless I think, to be frank, a project of that size would have also taken some time in other parts of the world. So I think the Lake Turkana Project, with its size, is really setting an example.”

Power down for the future

The benefits that a project of this size offers are myriad. Firstly there’s the reduction in the use of fuels harmful to the environment. The project displaces between €125–150 million of fossil fuel. This saves the country money, as the project produces energy that would otherwise have to be bought. “In the short term, what you see is an economic benefit in terms of the macroeconomic level,” Fazal says. The project contributed to the economy in other ways, too, employing over 2,500 people during construction.

“If you take the Lake Turkana Wind Power Project on its own, it’s the single largest private sector infrastructure project undertaken in the history of this country.”

Using power from Kenyan wind is also a step towards energy independence. “You’re not relying on another country to give you energy, but you produce it actually in your own country,” Ohlenforst points out.

Further into the future, there is increased electrification and a reduction in the cost of power. “When the infrastructure, and the transmission and distribution infrastructure is enhanced, stabilised, optimised and expanded, then what you have is access to demand for large-scale electricity consumption increases that will result in a significant lowering of the cost of power,” Fazal says. “But that will take three to four or five years before that can be tangibly felt.” More broadly, the completion of the project – on budget – marks it as an example: both that large-scale projects with private sector investment can be undertaken successfully in Kenya, and that the move to renewable sources of power is eminently possible.

It shows that the additional power can be absorbed by the grid, that intermittency can be managed, that the technical and operational requirements can be met.

“Lake Turkana is the guinea pig and the test case, and the proof all in one, that it can be done,” Fazal says. “It brings to the fore issues that were previously either not understood or were put under the carpet.”

Ohlenforst agrees. “I think the finalisation, the execution of the Lake Turkana project can have a big effect on Kenya but also on the East African market and other African regions,” she says.

In Kenya, governmental support for the installation of renewable energy sources in order to meet Vision 2030 targets, and the additional wind farms already planned, mean the future looks bright. Fazal does sound a note of caution, though, pointing out that without a roll-out of adequate infrastructure and capacity for transmission and distribution, supply will reach a point where it cannot be sustained.

2020
The year by which Kenya will look to move to 100% renewables.
President Uhuru Kenyatta

In Africa more widely, concerted efforts are being made to exploit the abundant wind resource. The Africa Renewable Energy Initiative has been established to speed up the continent’s adoption of renewables, aiming for 10GW of new generation capacity by 2020.

Ohlenforst is positive: “If you connect wind farms your system needs to be able to digest them, and I think actually that African markets are in a good position to deal with that, because they are expanding their grid right now, connecting more remote areas or so,” she says. “By building that, together with renewable energy, together with wind energy, I think there’s a really good chance for African markets to work out a very good integration of wind energy into their system.”

Nevertheless, there are challenges that will have to be met in order to meet future energy needs from wind power. One is that to have the kind of impact required, projects must be large – not necessarily of Lake Turkana’s size, but able to make a significant impression. “We need to understand that wind farms, to feel effects here in African markets, should have a certain size,” Ohlenforst says. “You don’t build 400km of transmission line for a 20MW project.”

Large projects require large funds, and investment is difficult to attract without political stability. “Generically, there is no reason why wind power and power producers will not go to other parts of East Africa: there are wind resources in southern Africa, there are wind resources in Tanzania,” Fazal says. “But what needs to be looked at is, is there an enabling environment for investors to come in and to be able to have the same kind of reliance and trust that the Kenyan environment provided them.” 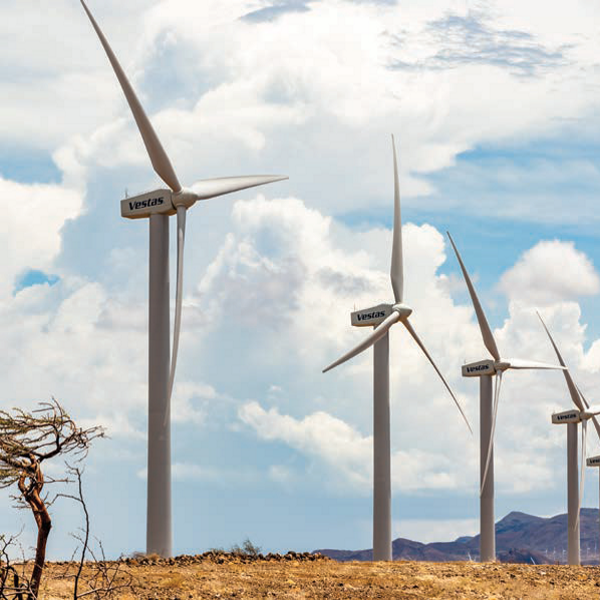 The Lake Turkana Wind Power Project, located in Marsabit County, Kenya. The farm is the single largest private investment in the country’s history. 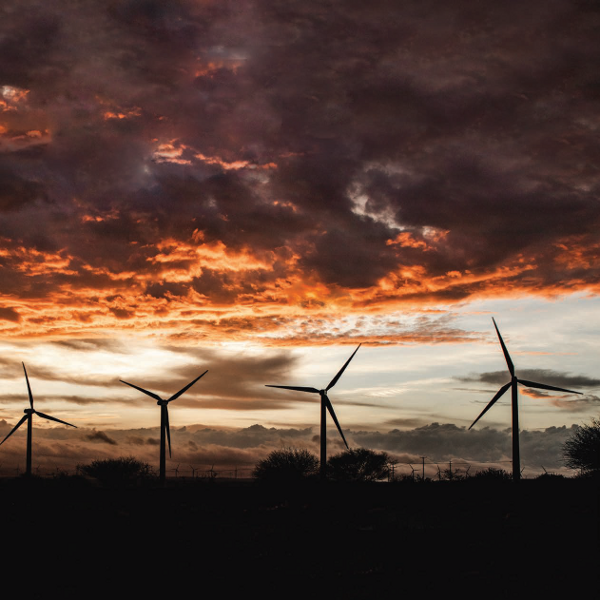 The Lake Turkana Wind Power Project, located in Marsabit County, Kenya. The farm is the single largest private investment in the country’s history.
Post to: