Take the power back

While Germany is a world leader in the generation of wind power, consumption of that electricity is lagging thanks to deficiencies in its national grid. As additional lines are built to cope with rising demand, scientists at the Karlsruhe Institute of Technology have written a new AI program called PrognoNetz that will optimise the country’s national grid as it currently stands. Greg Noone talks to Gabriela Molinar, one of the project leads, about how the software will allow transmission system operators to make crucial decisions about power allocation without compromising Germany’s wind power revolution.

On a sunny day in April 2018, hundreds of people gathered at a protest rally outside the city of Lauchroden, in southern Germany. United in their dismay at the construction of ‘Suedlink’, an underground electricity cable designed to link the extensive wind farm network in the north of the country with the expanding, power-hungry cities in the south, their individual concerns were – to put it mildly – diverse.

Some, like the National Association of Citizen Initiatives against Suedlink, considered the cable to be a waste of taxpayers’ money, preferring instead a balkanised system of power generation where electricity would only be generated in and for localities. At least one attendee interviewed by the public broadcaster ARD voiced her concern that the cable made Germany’s power grid more vulnerable to foreign interference. Several farmers, meanwhile, were worried that the cable would heat the soil beneath their crops to dangerous levels, endangering their harvests.

Despite the nimbyist tendency on display at Lauchroden that day, most of the protesters would probably have agreed with the basic premise behind Suedlink: that households across Germany should be consuming more power from renewable sources. The problem is, the very people who were protesting, along with millions of other households across the south of the country, are not getting nearly enough of it.

Strangely, this has very little to do with the amount of renewable power being generated. Over the past decade, Germany has experienced what many citizens refer to as the Energiewende, or energy transformation, whereby massive government investment in wind and solar plants has seen the grid’s reliance on coal, lignite and gas dwindle. In 2018, wind energy generated some 55 billion kWh of the country’s electrical output in six months, and contributed towards renewable sources supplying enough electricity to tide German households over for the rest of the year.

How much of it actually reached those homes, however, was debatable. By year’s end, only around 40% of all German electricity consumed came from renewable sources, with the rest derived from fossil fuels. The problem lies in the national grid that, although strong by European standards, isn’t equipped to send all the surplus electricity generated during, say, a storm, all the way to the country’s populous south.

The obvious solution is to improve Germany’s power network, which is precisely the reason why Suedlink was commissioned in the first place.

Building new infrastructure, though, takes time and money. Fortunately, an interim solution may have been found. Conceived as a collaboration between the Karlsruhe Institute of Technology (KIT) and six other industrial and university partners, PrognoNetz is a program that uses supervised learning algorithms to give transmission line operators the ability to make more informed decisions about how much electricity they can safely run through their part of the system days in advance.

Gabriela Molinar, a PhD student in electrical engineering, is one of the project’s leads. Together with her supervisor, Professor Wilhelm Stork, and her other colleagues at the Microsystem Technology Group at KIT, she believes PrognoNetz has the potential to unlock hitherto unrealised potential in Germany’s power grid. For if transmission system operators, she says, “have the ability to plan ahead and judge how much capacity they will have in the next couple of days, then they can actually arrange better how the electrical network will be used”.

That can only happen, Molinar argues, if scientists and electrical companies take another look at how the grid actually works. In that respect, artificial intelligence is a boon. “The possibilities of applying machine-learning algorithms to a renewable energy problem for electrical systems is, for me, actually amazing,” says Molinar. “And I think that’s what motivates me.”

At its core, the problem that PrognoNetz is intended to tackle is complex, but essentially involves boosting the capacity of Germany’s grid.

The problem is most easily understood if we compare that network to the hundreds of autobahns criss-crossing the country. For most of the day, any one motorway will only experience a modicum of traffic. This changes in the evening, as people return home from work. Sometimes, though, hundreds of vehicles will turn onto the motorway without warning, bringing traffic to a halt.

This is much the same situation faced by transmission line operators when wind farms produce more electricity than initially predicted, much as they did in January 2018 when storm force winds generated 1.1 billion kWh, or 71% of that day’s national electricity requirement. Unlike traffic controllers, however, they can’t use their equivalent of the hard shoulder – the ampacity, or the fixed electrical load that a single line can safely bear – to alleviate pressure on transformers, which can explode if they’re overloaded. Instead, they have to direct traffic to neighbouring countries, or else cut it off at source by curtailing the operation of individual wind farms.

What Molinar realised, though, was that the ampacity needn’t be fixed at the same, conservative level to deliver electricity safely across the entire grid. In areas where power lines were being fanned by cooling winds, for example, they could carry greater loads without breaching the maximum permissible temperature limit. This would effectively change the conservative fixed limit into a dynamic one, and allow transmission line operators to proactively respond to changes in power generation and weather. Currently, this data can be provided by an overhead line-monitoring system. “The thing is, all of them work in real time,” says Molinar. “They measure and tell you, right now, what the maximum capacity of the overhead line is.”

40%
The amount of German households that used electricity from renewable sources by the end of 2018.
Fraunhofer ISE

This is what PrognoNetz is intended to provide. The program would combine data provided by sensors placed along power lines across Germany with information on climactic patterns from meteorologists to deliver weather predictions of up to 48 hours, giving transmission system operators the leeway to impose a dynamic limit across their section of the network. Suddenly, these technicians would be better prepared for a spike in power generation, and know if local weather conditions might cool an individual line and allow it to carry a greater load.

The simultaneous scale and specificity of that task demanded the use of supervised learning algorithms. “We want to model the whole electrical system,” explains Molinar. Once the combined data streams are inputted into PrognoNetz, “we create a forecast for the maximum capacity of the overhead line, and then afterwards compare with the real, measured values that we had.” Inevitably, that results in an error value, which is used by Molinar to improve the model over time. “We don’t want to have a perfect fit, because that means the model’s just memorising values,” she says. “We need a model that generalises the behaviour of the weather.”

The ability to improve PrognoNetz over time is also useful as our climate changes thanks to global warming. “That’s actually why these self-learning models are really important,” says Molinar. All the data currently being harvested by PrognoNetz’s sensors is being saved, and trends indicating higher average temperatures factored in. “Machine learning approaches are actually really good at modelling these kinds of things.”

Most of PrognoNetz’s sensors are intended to be placed at the height of overhead lines, at about 10m off the ground. At the moment, they are only being trialled in Molinar’s home state of Baden- Wurttemberg. “And that’s, in principle, done by a person,” says Molinar. “They have to go up onto the tower and install it by hand. That takes a lot of time, and time means money.”

Molinar hopes that the current trial in Baden- Wurttemberg will eventually lead to a system-wide rollout. “Whatever we are doing right now, we always have scalability in mind, because that’s actually the goal of this project,” she says. Molinar estimates that Germany might be able to eke out another 30% transmission capacity if PrognoNetz is rolled out nationally.

Molinar is careful to say that the program is not a cure-all for the problems facing Germany’s electricity network: capacity depends, after all, on several factors additional to weather, like system stability. Nevertheless, the international consequences of software like PrognoNetz could be profound. Molinar has had several conversations with electrical engineers in the US about boosting transmission line capacity in a similar way to PrognoNetz. In May 2018, Google announced that it had used its own deep learning algorithm to predict the power output of wind farms in California over the next 36 hours, optimising its power intake and saving 700MW of generation.

More broadly, as a greater number of solar and wind farms are brought online in the US, grid operators are likely to encounter the same inefficiencies in its network that Germany has.

Any incremental roll out of wind farms “introduces a spatial problem in the electrical system”, says Molinar, one that didn’t exist when national grids received most of their power from coal and gas plants, which can be placed more or less anywhere. Transmission system operators now need, more than ever, systems that give them more flexibility that they’ve hitherto needed, or been used to having. “That’s why, right now, this topic has taken on a lot of importance,” Molinar concludes. 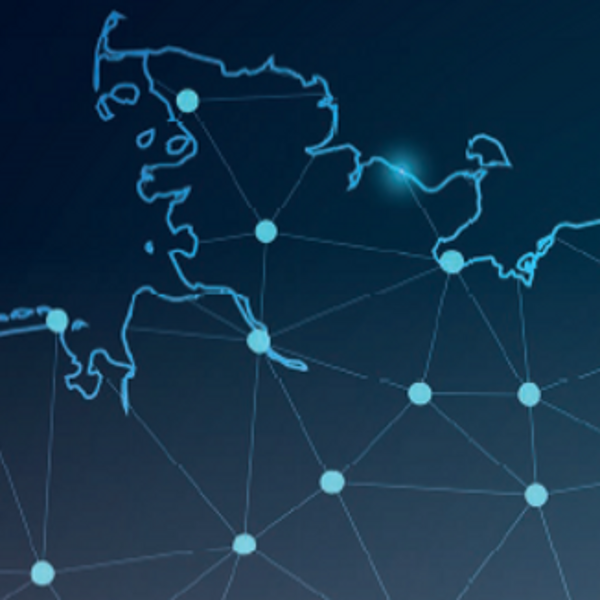 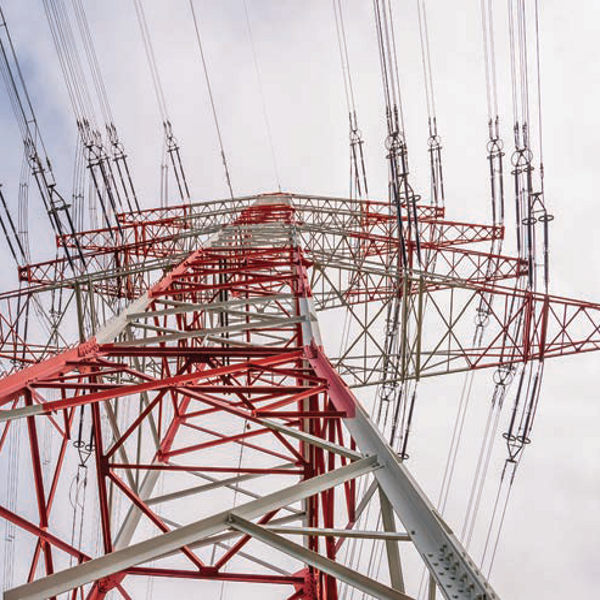 Pylons in Darmstadt, near Frankfurt in southwest Germany.
Post to: