The trouble with transport

The logistical effort involved in transporting items with the size and complexity of wind turbines is vast, involving specialised vehicles, equipment and technicians. This is compounded in a country as big as the US, where onshore turbines have to travel significant distances through varied and challenging terrain, and across state lines. Grace Allen hears about these challenges from Michele Mihelic, senior director of asset management and standards development at the American Wind Energy Association (AWEA).

Concho County in central Texas was named for the abundance of mussels encountered by Spanish colonialists in the river that flows through it; concho is Spanish for shell. Now, though, this sparsely populated region is being targeted for another plentiful resource.

1,927 MW
Commissioned electric power in the third quarter of 2019.
AWEA

In 2018, the 148MW Cactus Flats wind farm became operational and the development of another, Maverick Creek, was recently announced. Due to start producing electricity in 2020, the farm’s 119 turbines will be capable of powering 168,000 homes each year.

Concho County is a detail in a much larger picture. Across the US, the wind industry is blooming. The Global Wind Energy Council (GWEC) foresees an ‘installation boom’ in the US and consultants Wood Mackenzie have forecast that 14.6GW of capacity will be added in 2020. A recently released report from the AWEA shows that the US now boasts over 100GW of wind capacity, with 1,927MW commissioned in the third quarter of 2019. The vast majority of this capacity is onshore wind.

Wind farms tend to be installed in rural and remote areas like Concho County. While manufacturing capabilities are being established in states where wind energy is taking root – Texas, for example, has 46 wind-manufacturing facilities – in a country as vast as the US, logistics are vital and set to become ever more important as the industry grows.

“Most wind facilities are not close enough together for companies to build fixed manufacturing facilities nearby, nor would it make sense to build them strictly near a wind facility when we have options for transportation methods,” says Michele Mihelic, AWEA’s senior director of asset management and standards development.

The movement of turbine blades, towers and nacelles from their location of manufacture, using rail, road and sea, takes extensive planning – often more than a year. For parts being transported by road, their sheer size mean that comprehensive route planning is required and route improvements, such as the removal of trees, must be carried out.

When going by rail, permits must be obtained and difficulties in this area have the potential to hinder progress. “In rail transportation, in various informal conversations within our membership, the industry has found challenges in getting permits,” Mihelic says. “The specifics have not been confirmed to the reason why.”

The movement of wind turbines is a mammoth endeavour – a nacelle can weigh around 56t, while blade lengths reach 50m. It has been estimated that the construction of a 150MW wind farm could require 650 truckloads, 140 railcars and eight ships.

Now, overall growth means transportation capacity must be expanded. Corpus Christi port in Texas, which handles shipments for the wind industry, is creating 15 additional acres of laydown area and 10,000ft of track partly to cope with wind cargo.

In many cases, there is no option but to transport wind cargo by road, and here the industry may come up against a serious problem. “There is a significant shortage of truck drivers according to the ATA [American Trucking Associations],” Mihelic says. “There are also a limited number of transportation companies with the knowledge and experience in transporting our components.”

According to vice-president of sales and marketing at Texan trucking company Lone Star Transportation, David Ferebee – while speaking at the JOC Breakbulk & Project Cargo Conference in May 2019 – the drivers with the skills required to move turbine parts are ageing out of the industry, or prefer to transport loads that are less complicated or require shorter trips.

Furthermore, the increasing size of the turbines themselves means logistic capabilities must be adjusted. The port of Vancouver in Washington is developing supplementary laydown space to deal with super-sized wind components such as 200m blades. Rail transportation faces hurdles too: “Routes that we previously used for shorter blades can sometimes not accommodate larger models, due to the physical size and capacity of certain areas on our network,” Ben Wilemon, a spokesperson for BNSF Railway, told FreightWaves this year.

Mihelic, though, is positive about the industry’s ability to deal with monster turbines. “As size increases, there are additional transportation and permitting challenges, but our members are finding ways to overcome these issues,” she says. “We don’t see it as something that will constrain future growth.”

It has also been suggested that companies rushing to qualify for federal production tax credits (PTC), for wind projects before the scheme is phased out from 2021, will create logistical bottlenecks. “Although the PTC phase-out schedule has been in place since 2015, eventual off-takers were slow to act on procuring new capacity, yielding relatively subdued installation totals in 2017 and 2018,” commented Anthony Logan, lead author of a Wood Mackenzie Power & Renewables report released in September 2019. “The lack of available logistical resources will begin to cause schedule rearrangements and delays that will grow more apparent during the first and second quarters of 2020,” he said.

Mihelic thinks the industry is capable of dealing with peak points in installation. When asked if installation focused at certain points of the year creates supply chain bottlenecks, she says she believes not. “The industry plans well enough in advance to understand and anticipate growth,” she says. “Those forecasts are shared within the industry and with industry partners. The bottlenecks tend to typically come from gaining permits and negotiating through legislative and regulatory requirements in a timely pace.”

In terms of how to deal with these challenges, Mihelic is focused on improving awareness. “We need to work together to educate communities, counties and other stakeholders on the transportation challenges, along with focusing on the advancements with technology,” she says.

Technological innovation may offer solutions for the wind industry that now seem outlandish. The idea of using zeppelins to carry turbines easily over landbound obstacles has circulated for years, and security and aerospace company Lockheed Martin has recently published a white paper proposing the use of hybrid airships to transport wind turbine parts. It is not alone: French enterprise Flying Whales intends to launch the helium-filled LCA60T airship in 2022 and suggests its use for turbine transport.

Another option may negate the need for transport altogether. The US Department of Energy has been investigating the potential of 3D printing turbine moulds to allow for their construction onsite. Whatever the solution, logistics will continue to be essential to the expanding American wind industry. 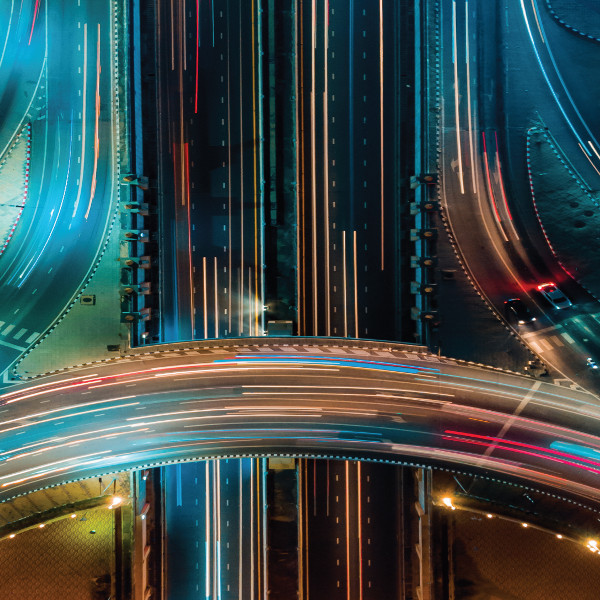 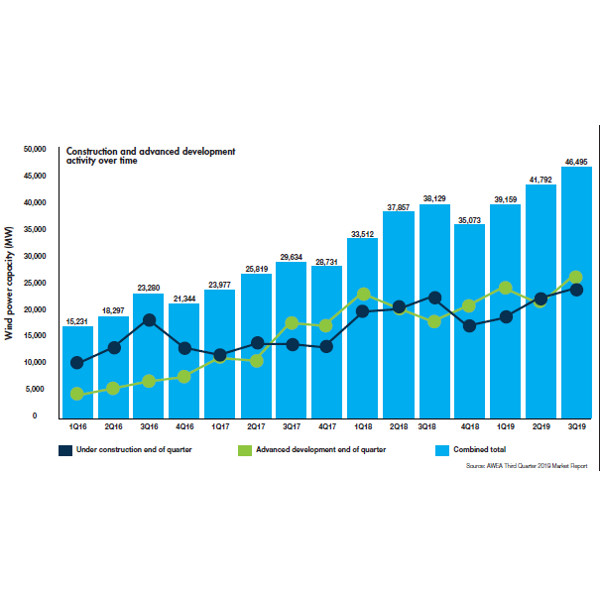 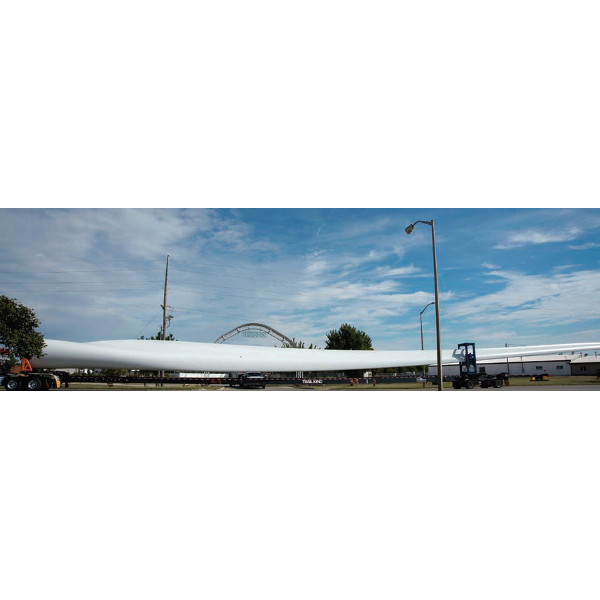 A wind turbine blade is hauled through Kansas from the BNSF rail yard, to the wind farm under construction nearby.
Post to: