The way the wind blows

The UK is a world leader in wind power, producing some 30% of global offshore wind energy, but an endless carousel of prime ministers and cabinet reshuffles has caused uncertainty around the nation’s wind energy strategy. Gary King speaks to Giles Dickson, CEO for Wind Europe, and Joseph Tetlow, senior political advisor at Green Alliance, about the future of British wind.

Avast swathe of sand and mud submerged beneath the North Sea, Doggerland was a place of sloping hills, wooded valleys and lagoons some 12,000 years ago. Geological surveys have suggested that the terrain once stretched from what is now the east coast of Great Britain to the Netherlands, the western coast of Germany and the Danish peninsula. During the Mesolithic period hunter-gatherers foraged off this land, fishing, hunting and living season to season and hand to mouth.

Over time, ‘Dogger landers’ were forced to flee as water from glaciers and ice sheets melted and swallowed up their homes before submerging it for good. Around the mid-17th century, the area became known as Dogger Bank after ‘doggers’ – the medieval fishing boats that once patrolled the high seas and caught a plentiful supply of cod in these icy waters. While still populated with archaeologists mining it for historical clues about the Europe that was, Dogger Bank is now a site dedicated to future growth. Located more than 130km off Yorkshire’s north-eastern coast – and still in an early phase of construction – Dogger Bank will be the world’s largest offshore wind farm once it is completed in 2026, capable of powering six million UK homes and helping drive the UK’s transition to net zero carbon emissions.

At its core, it is a poster project for a country that has spent the past decade or so harnessing offshore wind energy and talking up its potential to empower its green credentials. A particularly memorable pledge came from former Prime Minister Boris Johnson who talked of turning the UK into “the Saudi Arabia of wind”. “We believe that in 10 years’ time offshore wind will be powering every home in the country, with our target rising from 30GW to 40GW,” Johnson said.

The UK’s former PM might be notorious for truth twisting but there are cold hard facts behind his assertion that the UK could become a wind energy superpower. Widely regarded as having the best location for wind power in Europe, encompassing 11,000 wind turbines with a capacity of 25GW – the UK has the sixth-largest wind capacity across the globe.

Britain’s platform for wind energy generation is enviable, then, but its stated ambitions aren’t yet matching its output. One primary reason for that is political. Since 2015, the UK government, led by David Cameron has effectively outlawed onshore wind in England, placing an enormous burden on offshore wind generation. This move to cut what Cameron termed “the green crap” has added over £2.5bn to UK citizens’ energy bills since then, according to a Carbon Brief study.

“Cameron didn’t ban the building of onshore wind in England, but he said that local authorities can veto it,” explains Giles Dickson, CEO of Wind Europe. Since this policy has been implemented, developers have either been blocked by local opposition or have opted to take their plans elsewhere.

The policy has hampered UK onshore wind developments ever since. As Rebecca Windemer, a postdoctoral fellow in planning and energy at the University of the West of England, has demonstrated: 16 new onshore turbines were granted planning permission between 2016 and 2020 in seven separate locations. In contrast, between 2011 and 2015, 435 turbines were built on 108 sites.

“It’s crazy. You need as many renewables as you can possibly build,” Dickson adds. “The UK has great ambitions for offshore wind, but the UK Government is making it harder for themselves to deliver their medium and long-term decarbonisation targets by not embracing onshore wind in England.”

One step forward, two steps back

Dickson speaks with a mild exasperation when describing Britain’s decision to undermine its own wind energy potential. Given his remit, that is hardly surprising. As CEO for Wind Europe, he is responsible for protecting and promoting the wind energy industry across the continent. Not just in countries within the EU, but Ukraine and Turkey too.

One of the most common obstacles European countries face, he says, is not a lack of investment – although that can be a challenge – but too much red tape. “There are too many permitting bottlenecks today,” Dickson says. “The rules and procedures that you have to follow to get your permits are too cumbersome and they can be unclear.”

It is a view shared by former UK prime minister Liz Truss, who, during a still spiralling energy crisis, sought to expand onshore turbines across England by scrapping the existing planning procedures.

“In her brief period as prime minister, Liz Truss did overturn the previous government’s position on onshore wind,” Dickson notes. “She recognised that it creates jobs, it creates economic growth, it delivers investments and it’s good for rural economies. Unfortunately, Rishi Sunak has gone back to the status quo, which is disappointing.”

Notably, Sunak briefly pledged to oppose new onshore wind development during his failed leadership bid, which saw Truss emerge victorious. Sunak would change tact and state that he would consider building onshore wind farms – a move that Truss would label “a policy flip-flop” – and would do the same as PM, looking into removing the onshore wind ban.

One thing Truss clearly understood during her short stint in Number 10 was an overwhelming feeling of public support for wind energy projects. “The public conversation around onshore and offshore wind has really changed in the past decade,” says Joseph Tetlow, senior political advisor to the think tank and charity Green Alliance. “People don’t think that turbines are an eyesore. They think ‘this is brilliant and cheap [form of] domestic renewable energy’.”

Recent polling by RenewableUK supports this assertion: 77% of people in the UK think the government should use new wind and solar farms to reduce electricity bills. Even so, to improve the UK’s wind energy infrastructure the government and policy makers will need to overcome a testing set of challenges. One of the most obvious is the need to develop legions of wind turbines at a faster rate.

A recent study from Offshore Energies UK (OEUK) found that nearly half the offshore wind projects needed to reach the government’s ambitious 50GWh 2030 target are only at concept stage. According to OEUK, these delays are largely bureaucratic, stemming from sluggish government planning and approval processes. To hit its aims, the OEUK estimates that the UK needs to install 3,200 new – and much larger – wind turbines by 2030: roughly three new turbines every two days.

To accelerate development in the offshore sector, the organisation recommends that the UK Government implements key measures to overcome this stasis. These include cutting planning time from four years to one year, streamlining environmental assessment processes and implementing a fast-track planning process for ‘noncontroversial projects’.

Dickson points to the Contracts for Difference (CfD), designed to support low-carbon electricity generation and incentivise investment in renewable energy. “There needs to be clarity about the pipeline, the timeline and the schedule for the subsequent CfD auctions, because we need to increase the volume of new capacity that is being auctioned every year,” he advises.

All this power but no place to put it

On the positive side of things, the UK has whipped up some impressive figures as far as wind generation is concerned. More than 75,000 GWh of wind energy was produced in 2020, accounting for 20% of the nation’s total generation. More recently, in October 2022, the British energy system hit the highest figures –19.936GWh) – for wind generation ever recorded in a single week.

The challenge is to harness all this wind into electricity without wasting enormous amounts of time, energy and money. Over a nine-month period, from September 2021 to May 2022, wind turbines in the UK produced enough renewable energy to power a UK city for an entire year – 1,300 GWh – but it was wasted because it exceeded the needs of the grid.

“We’ve got these fantastic targets and ability to get investment into things like offshore wind, and we’re doing really, really well on that, but it’s actually the connection to the grid, which is slowing things down,” Tetlow says.

John Pettigrew, head of the National Grid, has said as much. For the UK to hit its net zero goals, hundreds of miles of cables and pylons need to be installed across the country. These include four subsea high-voltage direct-current (HVDC) cables extending from wind turbines off the east coast to southern England to transfer wind-powered energy more evenly and efficiently.

Of course, the clamour from eco-minded charities, think tanks and more recently – unruly protesters – for an immediate overhaul of our energy sector will not carry much weight in the cabinet office right now. So far, the priority in Whitehall has been sourcing oil and gas from outside of Russia, not revamping the electric grid system.

Dickson advocates for a “realistic” political strategy that fulfils UK energy demands in the short term but understands the necessity to decouple from our overreliance on fossil fuels.

“In the short term, it’s all hands on deck to ensure that people don’t have to choose between heating their homes and feeding their children,” he says. “Long term, it’s very different. Governments need to put in place measures and incentives that will accelerate the build-out of renewables, because that is our long-term exit from this crisis, and from an excessive dependency on Russian energy.”

Perhaps the most persuasive and alluring argument that can be levelled at prime minister Rishi Sunak for accelerating Britain’s wind energy transition is not the dire state of the climate crisis but astronomical gas prices. As Tetlow puts it: “The realpolitik here is that renewables are now cheaper than ever.”

The number of UK wind turbines in 2022, putting it at sixth in the world.

Doggerland is a place of sloping hills, wooded valleys and lagoons

Dogger Bank Wind Farms announces that GE will supply its Haliade-X turbine, the most powerful turbine in the world at the time, for the project

The UK energy system hits 19.936GWh of wind generation in a single week, the highest yet recorded 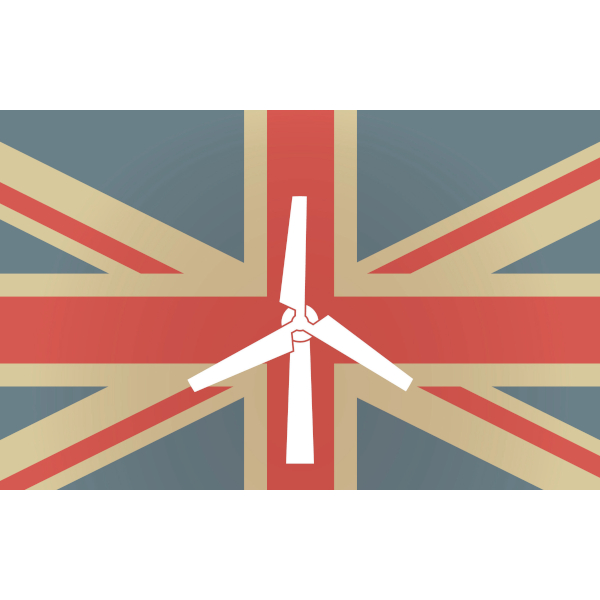 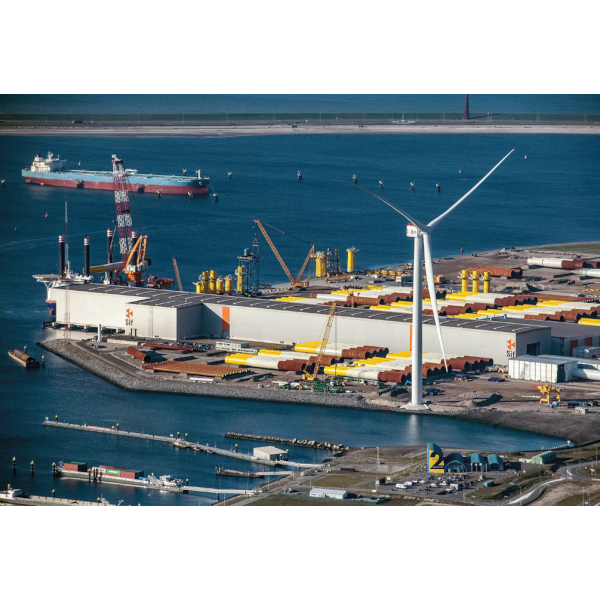 The UK has the sixth-largest wind capacity across the globe. 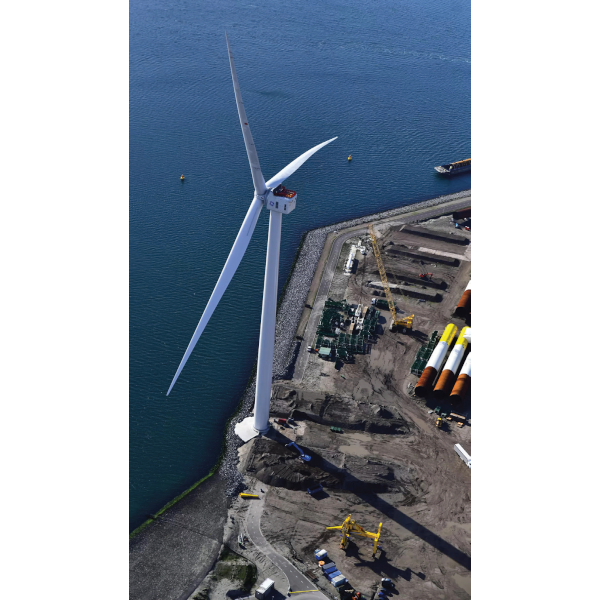 77% of people in the UK think the government should use new wind and solar farms to reduce electricity bills.
Post to: