Peikko and NCC are laying the foundation to what is to become one of the largest wind parks in the world. Located in the Piteå area in northern Sweden, the Markbygden Wind Park will eventually have 1,100 turbines.

"From the foundation design to the delivery of the materials on-site, Peikko's professional performance has impressed us," says Nils Pettersson, assisting project manager at NCC. "In the early stage of the project, several different designs were analysed thoroughly, and Peikko's solution was deemed the most cost-effective. The savings they were able to find by fine-tuning the design were amazing. It makes a big difference in such a large project.

"In addition to the first building phase, additional construction stages involving more than 400 foundations are planned to take place in the coming years. That is, of course, something NCC and Peikko hope to get involved in."

From the foundation design to the delivery of the materials on-site, Peikko's professional performance has impressed us.
- Nils Pettersson, NCC

Markbygden is the world's largest wind park being built on gravity foundations. "This will be a landmark project and we are glad to be a part of it," says Kari Tuominen, the business director for Peikko's wind turbine foundations.

Having constantly pushed the envelope for speed and costefficiency, Peikko has now reached the fifth generation of its gravity foundation.

"We designed our rock technology especially to meet the Nordic needs," says Tuominen. "It has been a success with more than 90% market share, but it's the gravity foundation that is dominant in most of the wind power projects.

"Developed specifically for the Markbydgen park, our new design uses 60-80m³ less concrete. On top of that, it needs 6t less reinforcing than the earlier one. This is good news for the CO2 emissions."

All Peikko's foundation solutions easily exceed European technical requirements. Using PSB studs with forged heads is one of the key breakthroughs in the new design.

"We have done an extensive series of tests to fully understand the fatigue features of headed studs," reveals Tuominen. "With this knowledge, we have been able to make significant advances on our previous design. Now, the head of our PSB stud takes all the forces and transfers them to concrete with minimum slip. This translates into a stiffer structure."

The fifth gravity foundation generation can be assembled in seven days, which is a whole full day quicker than with the fourth generation, which was already very fast to install. One of the most visible changes is the shape of the foundation.

"There is now a straight slope, which is much easier and quicker to measure and finish," Tuominen says.

According to Peikko, you can expect to see savings of approximately €20,000 for every foundation by switching from the fourth to the fifth generation.

"We want to be the strategic partners with turbine manufacturers, contractors and investors," says Tuominen. "Cost-efficiency, reliability and flexibility in all phases of the project is what they are looking for."

Peikko's share of the Nordic gravity foundation market is currently around 30%, and, thanks to the fifth generation, this figure is sure to rise

"Having that strong position, we are able to back up our customers with qualified site managers, project leaders and quality managers. If the share was smaller, all that would be extremely difficult," Tuominen notes.

The delivery and assembly process is honed to perfection. "Our delivery contains all steel parts needed for the foundation. This means that the foundation will take less time to complete, and it also will cost less," Tuominen says.

With the dominant market share comes a geographically comprehensive spread of factories. For the customer, having highly industrialised production means accuracy in the execution, as well as higher quality.

"North Europe is our home market, and we aim to strengthen it even further," continues Tuominen. "Currently, we have factories in Finland, Russia and Lithuania, so you can rely on our timely deliveries, even if there are changes in legislation or raw material sources."

By adapting the headed PSB studs to wind turbine foundations, we have been able to introduce a product that has taken gravity foundations to a totally new level.
- Kari Tuominen, Peikko

According to Tuominen, having all the production in-house means higher overall quality compared with competitors. "Doing design and production in separate steps is pretty common practice in the business," he says. "By integrating them, we have a total command of the quality process as well. The end result is up to ten times better accuracy in the component production, but also an enhanced accuracy in deliveries."

The evolution of gravity foundations

With the accumulated know-how and expertise from highly demanding power plant projects, Peikko turned its attention to renewable energy sources in 2010. The evolution has now reached its fifth generation. The sixth generation is expected to be unveiled in 2019. The timeline for the previous generations is as follows:

Turbine technology will continue making quantum leaps and the demand for foundations is rising. "The costs need to be brought down as the foundation price tag is a significant factor in the overall cost-efficiency," Tuominen says. "Peikko can offer the right foundation solution regardless of the project size - small or huge. We have the resources to see the projects through efficiently."

"By adapting the headed PSB studs to wind turbine foundations, we have been able to introduce a product that has taken gravity foundations to a totally new level," explains Tuominen. "The sixth generation is also on the drawing board - it will be an optimal solution for higher, more-than-4MW wind turbines." 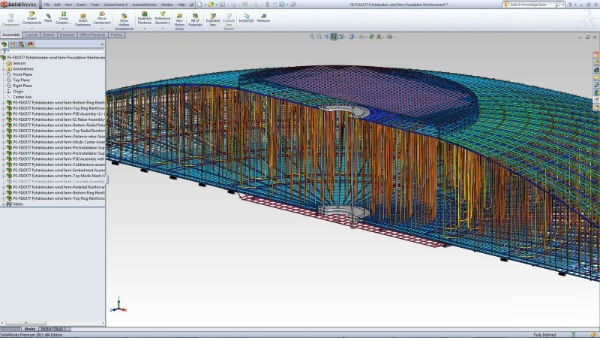 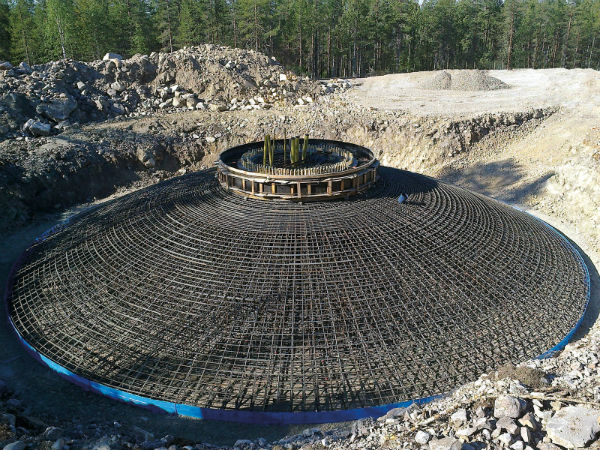 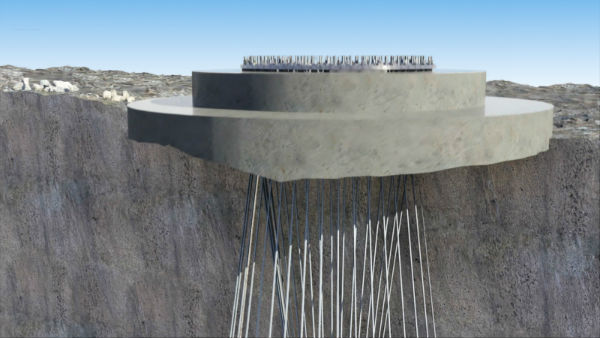 When making foundations in rocky areas, Peikko’s rock foundation solution is the most reliable option. 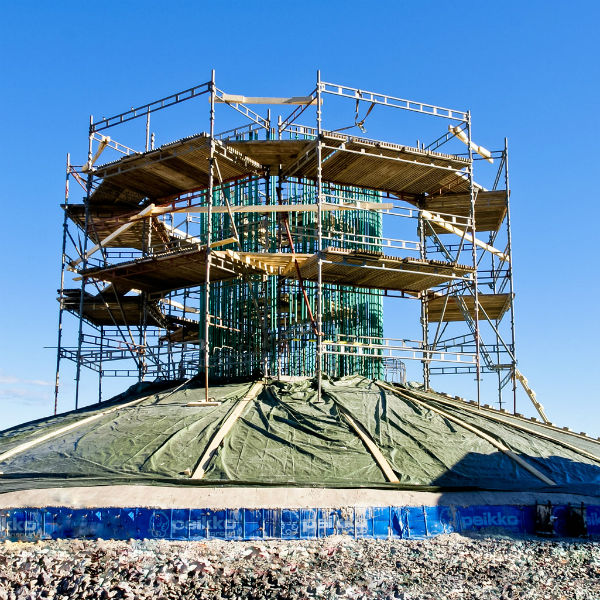 When more height is needed for the tower, Peikko’s extended foundation solution is the most effective option. 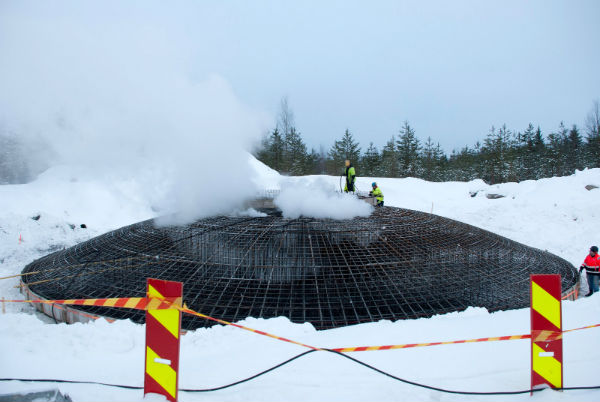 The Peikko foundation solution can be constructed effectively in snowy, winter conditions. 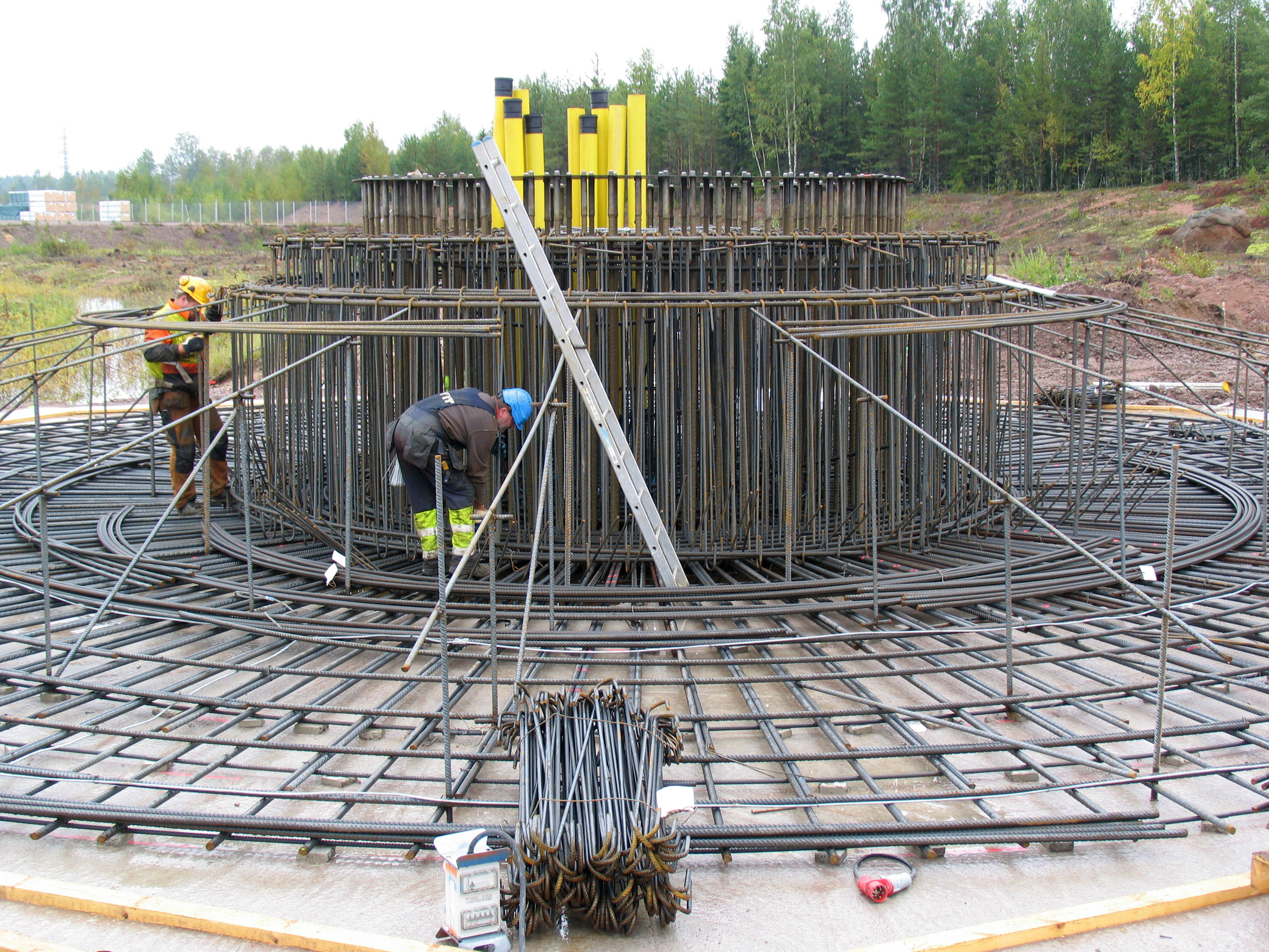 R&D has made significant progress.