The cost of wind energy is falling steadily with the evolution of new technology and economies of scale, but wind-farm development faces continued opposition from the general public. Companies such as Dassault Systèmes are therefore seeking new methods for gauging local sentiment, and involving locals in the project development and decision-making processes.

As a wind-farm developer, have you ever found a site that offers excellent wind speeds only to have the project stalled because of opposition from the local population?

Sites are selected based on multiple factors that are technical (wind speed data and grid connectivity), economic (ROI, tax credits and feed-in tariff), political (local regulations and favourable policies) and environmental (such as impact on marine and wildlife).

Wind farms typically occupy large areas and coexist with agricultural land, tourist areas, forests or coastal territory that may be protected. This can lead to objections from local residents who might be concerned about related health risks, noise disturbance, and the potential impact on wildlife and the local landscape, for example.

While people are usually in favour of renewable and wind energy, for many of them, the NIMBY (not in my back yard) syndrome often poses an obstacle to such projects. But what if there were tools to help project developers to analyse potential opposition? What if there was a way of alleviating such concerns and convincing people of the viability of wind farms? The possible local reaction is not adequately analysed, and any opposition is often underestimated when evaluating a site, as is the impact on project bankability.

In B2C industries such as consumer goods, surveying techniques are commonly used to capture the voice of customers very early on in the project. Such techniques, combined with advanced analytics, provide innovative ways to judge the sentiment of the local population. By analysing digital sources and media, such as forums and blogs that are authored or followed by local influencers, companies can assess the local sentiment and alleviate any concerns voiced.

What better way to let citizens experience a wind farm in their backyard than to provide a virtual interactive and immersive environment? In this way, they can demonstrate the operation of wind farm in the context of the local terrain, including details such as access roads, local dwellings and even power lines. Various vantage points can be analysed to ensure that the proposed development will respect the surrounding landscape as much as possible. Such a platform could also develop advanced functions such as noise and shadow flickers. By experiencing the operation of the wind farm under various operating conditions, residents can participate in the project definition and be reassured of the project's viability.

The value of the solution can be greatly boosted if it is combined with the social environment that gives users a voice in the project. Such user interaction encourages residents and consumers to be a part of the wind-farm development process, promoting a sense of ownership.

The power of communities allows the project developers to connect with the local population and ensure that any concerns have been adequately addressed. With the advent of social media, people have learnt to express themselves more freely; indeed, in several countries they expect, and even demand, such a platform on which to view and collaborate on key topics that affect them and their quality of life.

Getting early buy-in from all stakeholders, including the local population, is mandatory during the project development process. This will ensure that there are no delays that could affect the costs, and therefore the economics, of the project. 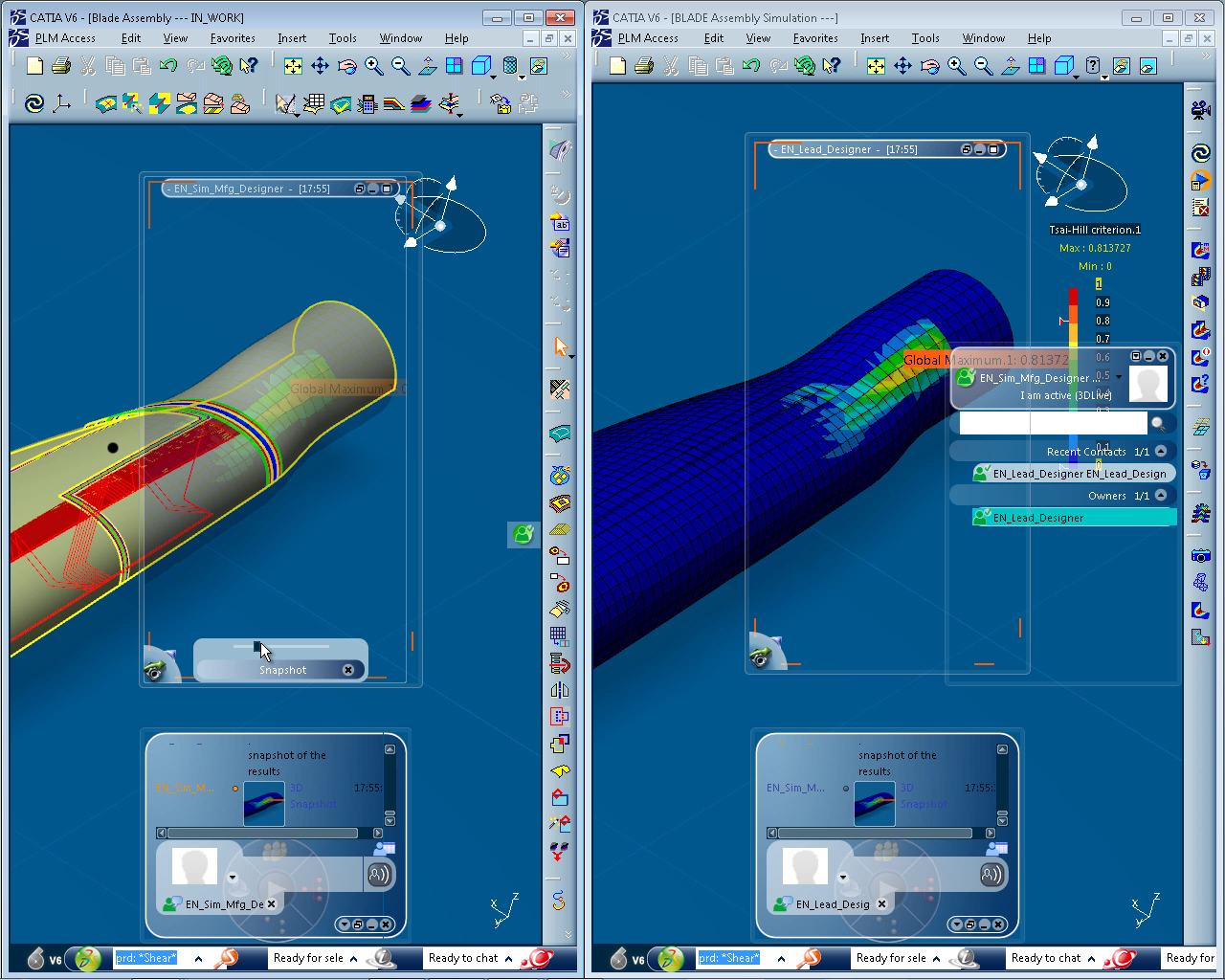 Collaboration for optimisation between a designer (left) and a remote analyst (right) sharing 3D synchronised models of composite blades. 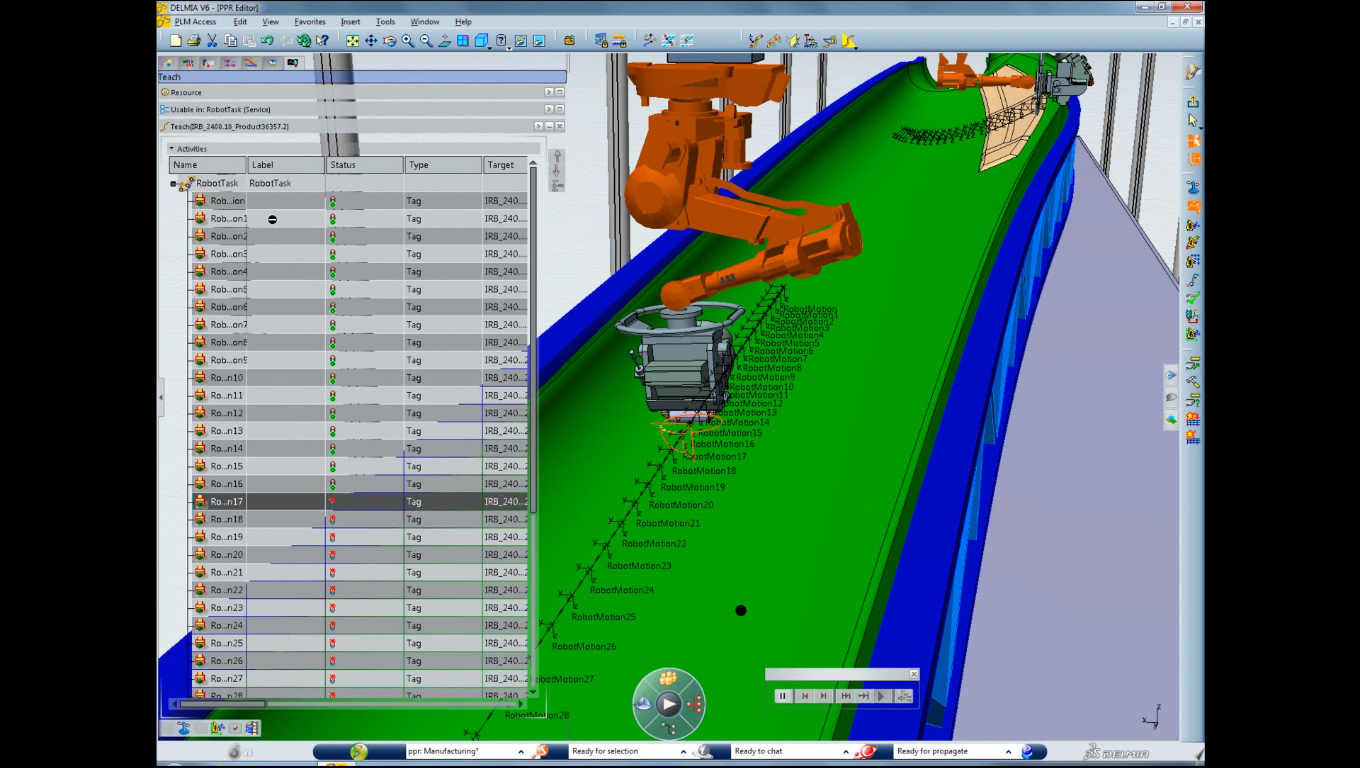 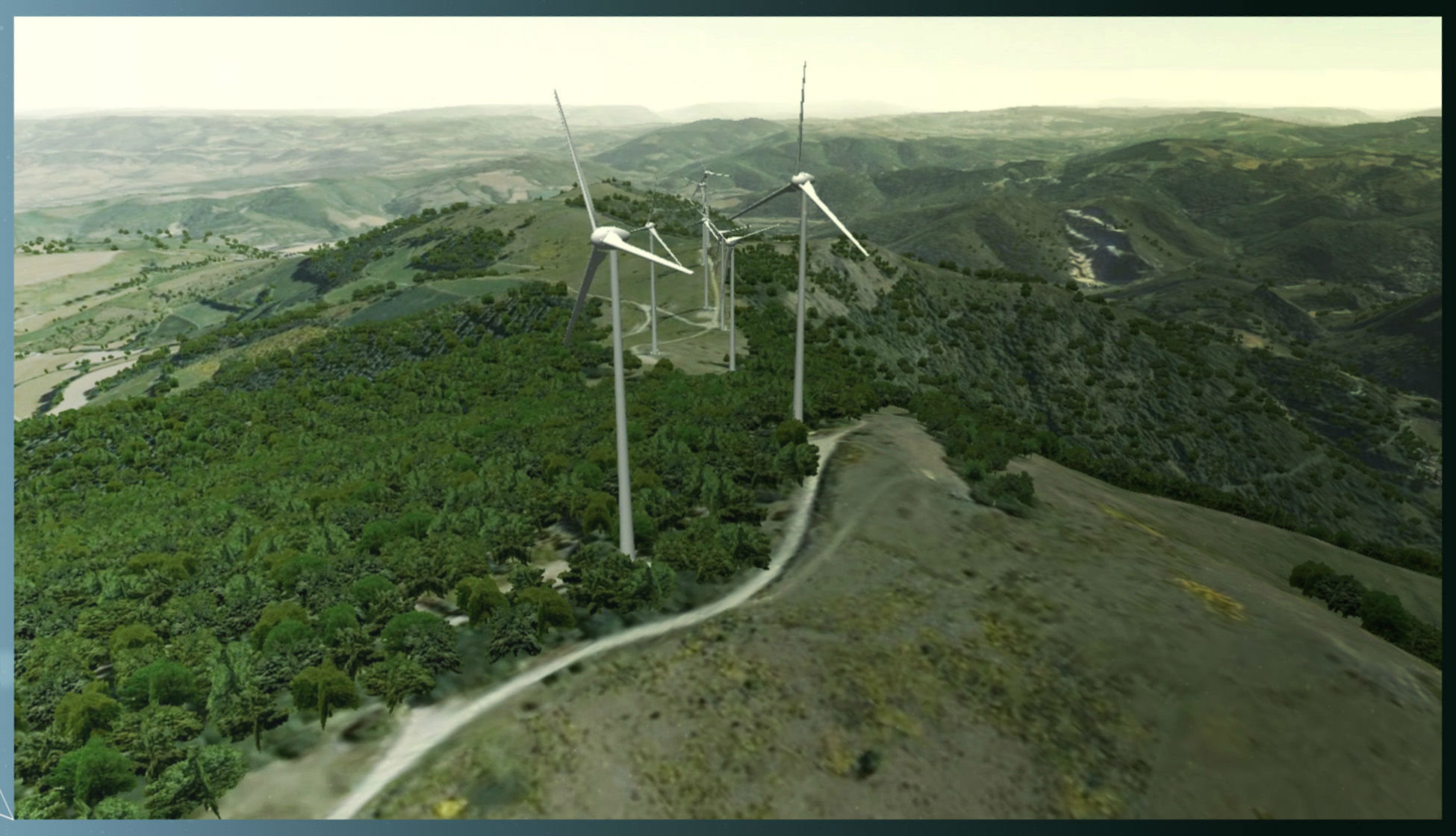 Virtual platforms demonstrate the operation of a wind farm.