European seas are home to 90% of global offshore wind farms, with capacity set to rise further still in the coming years. The European Wind Energy Association's head of communications Sarah Azau explains the latest innovations and how the offshore wind sector measures up to its traditional onshore counterpart.

While onshore wind farms can be found far and wide, from Australia and Argentina to Finland and Japan, 90% of all the world's offshore wind farms are located in European seas. About 5% of Europe's total installed wind power capacity is currently offshore, but this is set to increase dramatically as technology continues to evolve. In 2012, offshore turbines represented 10% of new wind energy capacity and its potential is massive: according to the European Environment Agency, Europe's offshore wind potential is able to meet the continent's energy demands seven times over.

By 2020, there could be 40GW of offshore turbines producing power across Europe (up from today's 5GW) and 170,000 people working in the sector. In fact, the cumulative capacity of all the existing, planned and consented European offshore wind energy projects amounts to 141GW, which indicates the immense interest in the industry.

Not only does the offshore industry contribute to Europe's overall competitiveness, leadership in renewable energy and EU employment rates, it also reduces Europe's import dependence and reinforces its security of supply.

These are big numbers and big benefits, and 'big' is key in the offshore wind sector. Offshore turbines currently reach just over 6MW with a rotor diameter of 150m - longer than a football field and powering around 5,800 average EU households.

Offshore is a younger industry than onshore wind and boasts constantly evolving technology. Due to their size and the unique conditions they face at sea, offshore turbines present different technological challenges to those onshore. Constantly buffeted by fierce winds and salty waves, they need to withstand the elements.

While the first turbines were based heavily on onshore models, the industry is increasingly developing specially designed models. Up to 12 new turbines are expected to come onto the market in the next ten years, potentially surpassing 10MW in capacity, which would give a rotor diameter of 170m.

In terms of technological trends, some manufacturers are now opting for direct-drive models in order to reduce the number of individual components and, in turn, the amount of service visits required. There is also a greater use of permanent magnet generators, which allow nacelle weight to be reduced, as well as a move from partial to full-power conversion.

While the turbine is the most visible part of any wind farm project, it and its installation only represent around a third of the capital costs of an offshore project. Offshore turbines also have a supply chain in which each element has technological specificities; their size requires even the port from which the turbines are transported to be specially fitted.

The maximum weight allowance at Ostend port in Belgium, for example, had to be increased from 4t/m2 to 20t/m2. Moreover, the berth in front of the quay walls also had to be dredged, deepened and reinforced with a bed of rocks. This allowed component supply vessels to pull in closer to the quay so that goods could be loaded by crane. An offshore wind port must have a water depth of at least 10m and a waterway that can accommodate rotors of up to 200m in size.

Vessels are needed to transport turbine components and workers out to sea. Six different types of boat - some of which are highly specialised - are required to undertake the different tasks involved in a wind farm project, such as site surveys, laying of cables and foundation installation.

New substructures - and beyond

The complex nature of the substructures - or foundations - is another major difference between onshore and offshore wind turbines. The supply and installation of an offshore wind farm's substructure represent around 20% of the capital costs. So far, several different types of substructure have been used - all offshore substructure designs have to account for cost, water depth, seabed conditions, turbine characteristics and any technical or commercial risk factors.

The majority of wind farms currently operating in water depths below 25m have monopile foundations - a single steel pole set in the sea bed - as they are relatively simple to produce, easy to install and less costly. Gravity-based structures, which use dead loads to weigh down the structure, are also relatively easy to produce and make up most of the remainder, while only a small number of space-frame structures - foundations built around several piles to spread the weight of the turbine - have been installed so far.

One of the latest types of offshore technology doesn't use a substructure: the innovative floating turbine is suited to seas that are particularly deep, such as the Mediterranean and Atlantic basins. While floating turbines offer benefits such as more flexible construction and installation in deeper waters, they also face challenges posed by the elements - movement caused by wind and waves, for instance, must be minimised.

The 2.3MW Hywind in Norway was the first of three full-scale and grid-connected floating turbines introduced, and today several other floating turbine models are being developed around Europe.

In order to transform the vast energy potential gusting around Europe's shores into electricity that can turn on lights or power a factory, a suitable grid that connects with offshore wind farms and carries the wind power to where it is needed is crucial. Europe's future offshore grid needs to be able to integrate the estimated 40GW of offshore wind power produced by 2020 and 150GW by 2030. This will also improve Europe's energy supply security, meaning that, just as Danes or Poles can buy Italian oranges, Italians will be able to use Danish or Polish wind power - provided that's the direction the wind is blowing - and vice versa.

Another crucial area of offshore wind development is the advent of an effective planning system for Europe's seas - known as maritime spatial planning. While this already exists to some extent - for example, in the North and Baltic Seas - an EU-wide planning system would allow even greater cooperation between member states regarding offshore wind farms and the offshore electricity grid as a whole.

In March 2013, the European Commission published a draft Maritime Spatial Planning and Integrated Coastal Management Directive that obliges member states to carry out maritime spatial planning, and asks them to identify operational steps to meet their sea space's energy, environmental transport and fisheries objectives. It also requires members to work together where they share a sea basin, as well as to share sea data. The next step is the discussion of this directive by member states and the European Parliament. 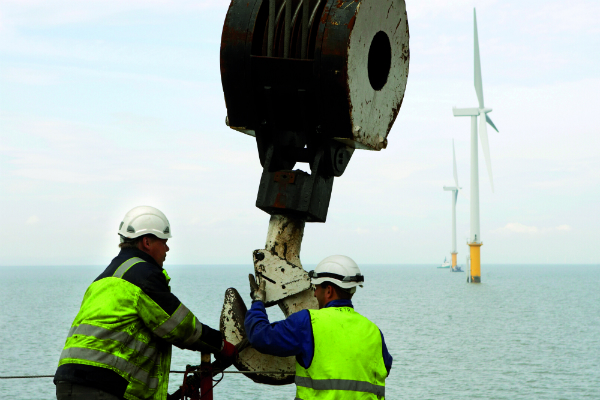 Vessels are needed to transport turbine components and workers out to sea. 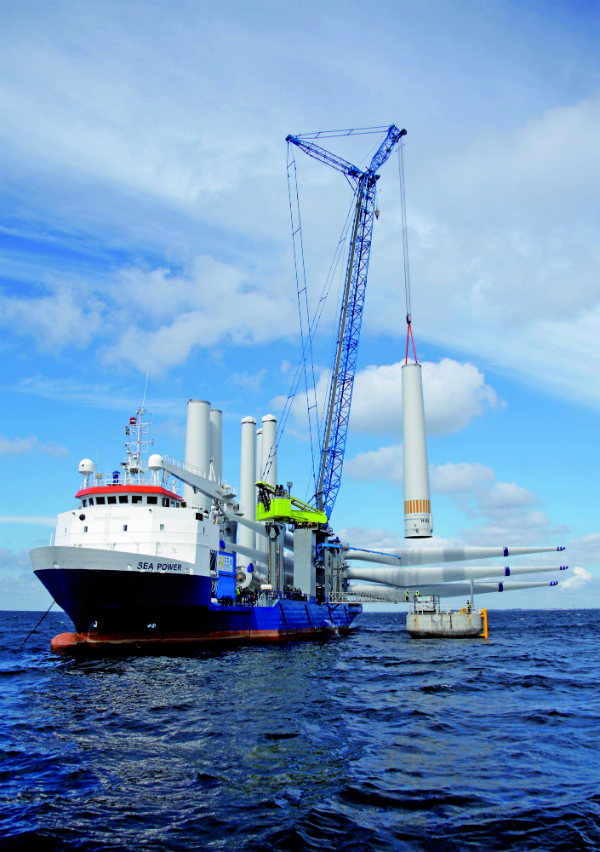 A crucial area of offshore wind development is the advent of an effective planning system for Europe’s seas.