Wind turbines need reliable power conversion between generators and grids. Danfoss Silicon Power is one of the leading manufacturers of IGBT power modules worldwide. As an independent manufacturer, it is able to choose from the most suitable semiconductors and topologies to match specific customer requirements.

The overall design of wind turbines has not changed much in recent years, but they are growing in size and efficiency to bring down the cost of energy. At the same time, manufacturers are looking for more robust designs, longer operation lifetimes and shorter downtimes. Danfoss Silicon Power offers dedicated insulated-gate bipolar transistor (IGBT) module solutions and power stacks to make this happen.

With its unique Danfoss Bond Buffer bonding and joining technology, it achieves the power density, reliability and operational lifetime that is sought after by the wind turbine industry. Paired with its patented ShowerPower liquid cooling technology, Danfoss offers its customers unprecedented value for money.

Larger wind turbines need greater power conversion, but ideally, the power converter will not grow in physical size, and not at the cost of compromising reliability and operational lifetime. Instead, more current must be borne by the same components, and the number of IGBT modules and cost per ampere must be brought down. The semiconductor itself is designed for certain amperage under typical load conditions, so the challenge is to establish a long-lasting and reliable connection between the semiconductor and the load terminals of the IGBT module.

This is the core competence of Danfoss Silicon Power. In a traditionally bond-wired P3 type 1400A module, there is almost 15m of aluminum bond wire of extremely small diameter, which establishes the necessary connections. Comparing the IGBT module with a human heart and considering the high switching frequency needed to form an ideal sinusoidal current waveform, the module has to switch 1,000-20,000 times faster than the heart, and has to last for 20-25 years, even in harsh environmental conditions such as in an offshore turbine.

During every switching cycle, the bond wires are exposed to thermomechanical stress, which eventually results in metal fatigue and the exodus of the module.

To reduce the electromechanical stress, and thereby increase the lifetime and reliability of the module - while allowing the higher current required by the industry - Danfoss Silicon Power has developed a new method of applying the wires to the semiconductor's surface: the Danfoss Bond Buffer. In contrast to traditional designs, Danfoss applies a copper layer on the upper surface of the semiconductor and uses a sintering process to establish the electrical connection, rather than a soldering process. The bond wires are made of copper, not aluminium, which has several significant advantages: copper is a better conductor, can carry more current, eliminates mechanical stress due to different expansion coefficients, and provides a better heat distribution between chip and bond wires. A higher chip operation temperature is also enabled, as soldering does not set the limit. Danfoss Bond Buffer is a patented manufacturing method.

The high power density of the IGBT module also requires more efficient cooling. Danfoss Silicon Power relies on its patented ShowerPower cooling principle, which eliminates the thermal interface between the module's baseplate and the cooler, and the need for thermal-interface material. With a more uniform heat dissipation and more efficient cooling, it enhances the reliability and operational lifetime of the IGBT module.

With access to a broad supplier base, Danfoss is able to source components from multiple suppliers in order to ensure stable deliveries in high quantities. This makes it possible to produce modules and power stacks in different housing shapes and sizes, with standard or customised circuits, various power classes, industrial standards or customised housing types. Furthermore, the platform enables customers to choose freely between several manufacturers of IGBTs, MOSFETs, diodes and other components. Danfoss can make the exact wind power module its customers need. 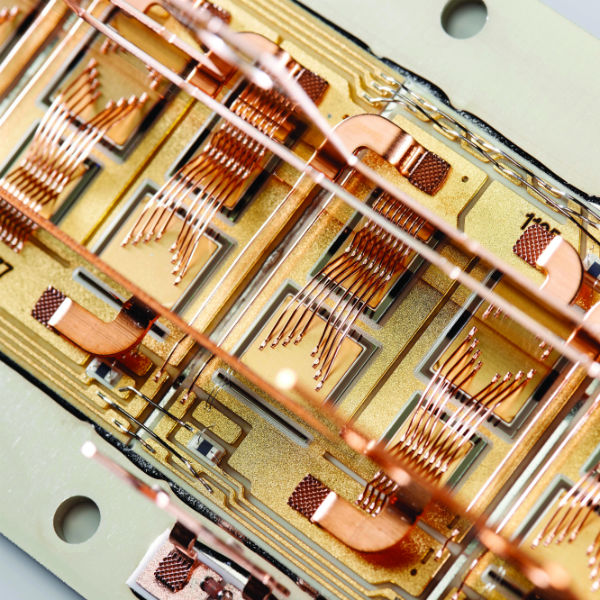