Since the focus of power generation is firmly set on renewable energy, opportunities continue to open up for wind companies. But logistical challenges are rife within the industry, particularly when it comes to transporting enormous turbines.

So, in recent years, Austral Asia Line (AAL), an ocean transport operator in the Asia-Pacific region, has embraced the wind energy sector with open arms. Established in Brisbane in 1995, the multipurpose company caters for the specific needs of break bulk, heavy-lift and project cargo industries.

Initially operating between South-East Asia, Papua New Guinea and Queensland, the firm has expanded significantly since its inception, and in 2011 it launched a dedicated tramp shipping division in Singapore, where its head office is now based. In doing so, it increased its geographic reach beyond the original core region.

"We've been a leading multipurpose operator between the Australian and Asian markets for some time," says managing director Namir Khanbabi. "We've had quite an extensive new-build construction programme that has seen the company grow its geographical reach and capabilities because of the nature of the lifting capacity of the tonnage - increasing to around 700mt."

This new feature allowed the business to set its sights on the energy sector, where AAL's lifting capabilities would certainly come in handy. And it's had some notable milestones so far, says Khanbabi. He mentions that, in 2012, the company took the largest shipment of wind energy equipment into Europe. This involved the transportation of 12 full sets of towers and components from China to Spain. The business now serves some of the biggest players in the sector, including GE and Gold Wind.

With a mixture of its A-Class (31,000dwt) and S-Class (19,000dwt) heavy-lift vessels, the firm can say with confidence that its ships are a good fit for the industry. It hopes this unique selling point will give it some traction in European markets.

"Our A-class will probably have the best intake for wind energy components in comparison with any other vessel on the market place. The cargo seems to fit quite nicely into the ship," says Khanbabi. "As a result, we've been able to deliver the solutions that precipitate much more compressed delivery schedules, and certainly add value and economy to the market, while still allowing ourselves to make a reasonable return."

Not all about the size

Providing a capacity that others simply don't have makes the company stand out from the crowd. But size isn't all that's important: delivering a quality service is something that Khanbabi and his team are resolute to provide. A strong group of engineers is on hand to meticulously plan the shipping, while Khanbabi reveals the transport engineering department can provide plans for clients at a very early stage, so everything's very transparent from the get-go.

AAL has recently been awarded an ISO 9001:2008 certification, marking an important milestone as it strengthens its commitment to providing a quality service to its customers.

The company's staff are also adept at ironing out any hurdles. The Singapore head office is supported by regional offices in Brisbane, Shanghai and an extensive network of agencies and representative offices in north Asia, South-East Asia, Seattle, Houston, Vancouver and Hamburg. Khanbabi says such coverage gives the AAL team the flexibility and competence to swiftly respond to customer demands.

"We have a lot of people that are highly experienced in project shipping, so, when projects meet with challenges, we've been there to provide solutions... and basically provide value to our clients and the construction schedule."

Looking to the future, the company has set its sights on expanding closer to its original home in Australia, although it can't say too much yet. Khanbabi additionally reveals that AAL hopes to increase its footprint in the US region: "It's a work in progress at the moment, but we're quite pleased with our developments." 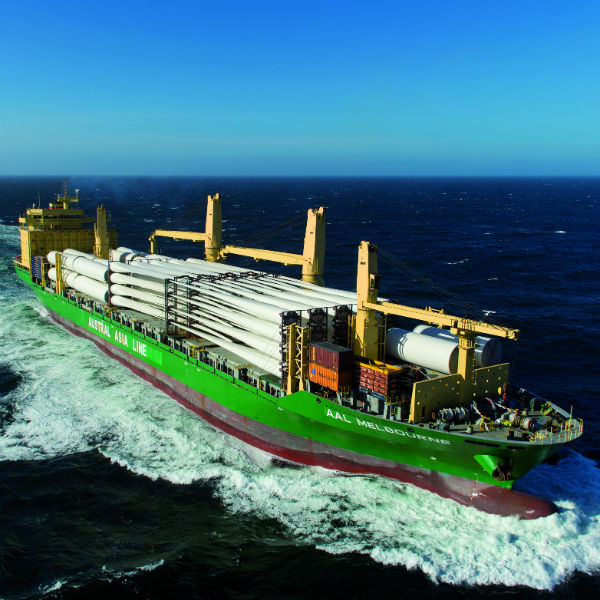 The capacities of AAL’s vessels are far beyond what most shippers can offer, and the company makes sure it has a quality of service to match.